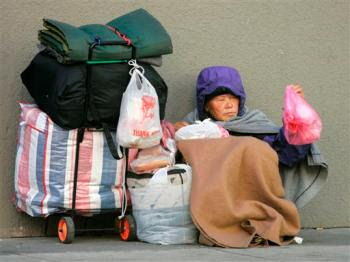 By Heidi Hiatt
Whhzzzzzzzt.
Rip.
Crumple crumple crumple.
Thunk.
Swush.
Thud.
For those who think this series of sound effects describes the use of a paper towel, you’re right. But these sound effects can also be used to illustrate the use of people.
People, women especially, seem to have become commodities in the realm of modern relationships. They are used, abused, and thrown aside like trash when the consumer becomes disenchanted with their latest acquisition.
Treating other human beings like garbage seems to have become the norm in our society. Modern dating involves test driving any number of different models for however long they are useful. Modern marriages are frequently terminated when selfishness outweighs togetherness. We live in an age of throwaway humanity.
Being treated as disposable is the only way of life some people have ever known. No matter how much of themselves they pour into a relationship, or how hard they try, it’s never enough. No amount of love, goodness, hard work, ethics, or sacrifice will satisfy some empty, endlessly ravenous people.
When a relationship requires actual commitment, effort, or consideration of the other above self, many people simply throw in the towel and move on. Standing up for their partner, or making them number one in their life, is more of a price than they are willing to pay. Especially if it means standing up to critical or controlling forces in their life.
This also happens when people stand up for themselves against abuse and mistreatment. Instead of getting help or going to therapy, many people would rather abandon their partner than face their personal demons. They often blame their partner for their own issues and angrily move on to their next train wreck.
When did it become okay to treat other human beings so casually, especially when you’ve pledged a commitment to them? Turn on nearly any television station, and you’ll see this behavior portrayed as normal. Often people on TV become intimately involved, break up, rinse, repeat, and rinse, and repeat. The cycle plays out over and over as if no one ever gets hurt and everyone’s just fine with being a temporary thrill.
Where’s the respect in that—for the other party and for oneself? In reality, this cycle can be very damaging to its participants. Besides the normal risks of pregnancy and disease, there is a psychological cost to the ongoing attachment and detachment of oneself with others.
Every time we give ourselves to another person, we seem to leave a piece of ourselves behind. We’ve given them things we can never get back. When we’re dumped for the latest shiny new toy, the grief can be devastating. We may blame ourselves even though we aren’t the guilty party.
Millions of people seem perfectly okay with mutual, continual pairing for convenience and pleasure. But then they wonder why their committed relationships and marriages don’t work out. If they’ve lived as if their partners exist for their enjoyment and gratification before commitment, do they have a fighting chance at happily ever after when they settle down?
Most people can’t change from self-centered to self-sacrificing overnight. It takes practice. Many are unwilling to even try. When the going gets rough, they just get going. On to the next one. And the next one. As if fostering an addiction, they are constantly searching for the partner who will be okay with them putting themselves first.
Ask a coworker. A relative. A friend. You will quickly find someone who has suffered the pain of being treated like a throwaway person. It’s frightening how many people can relate to this. It’s even more frightening how many of those tossed aside were conned into that initial relationship by someone claiming to want long-term commitment.
There are predators out there, people who claim to want the same things out of life that you do. But you don’t find out until much later that they aren’t serious about those things. They just said what they had to say to get what they wanted. As you got to know them, they were listening to what’s important to you, and then pretended to have the same values, or care about similar subjects.
They may stay with you for months, or even years. But in time you find that you’ve been one of several simultaneous relationships, or that they have other interests they wish to pursue. Astoundingly, sometimes these same adventure seekers want to remain “friends”, meaning they want to see other people and keep their options open with you. Or they want your emotional support and approval while they physically bond elsewhere, as if you have become their parent.
This behavior is epidemic. It is so common in our society that it seems few people are shocked by this behavior, and some even expect it. Condemning it may be considered archaic. However, this self-centered, nomadic relationship philosophy hurts a lot of good people. It destroys lives. 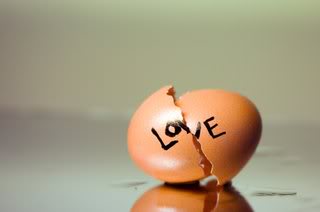 The victims of serial couplers are often left in a state of self-doubting shock, struggling with horrifically strong feelings of unworthiness. But they may also become desensitized to being used as an object or a means to an end. They become numb to the life-altering consequences of participating in the same narcissistic behavior. In this way the number of people engaging in shallow, egocentric liaisons multiplies like a plague.
We were never intended to be living Happy Meals, enjoyed for a limited duration and then chucked into the nearest trash can. We are meant to be in loving, lasting relationships in which we grow and learn with a devoted partner. We are supposed to be building our lives together with like-minded people, not bolstering our egos or accumulating conquests through devouring others.
Call it old-fashioned, but it is our current culture of disposable people that is largely responsible for the breakdown of the institutions of marriage and family. If we want to give our children a realistic chance at true love, stability, and a society without domestic violence, we need to stop our vampire-like coupling rituals and start setting an unselfish example. We need to be the role models our kids need.
Unless we learn from our mistakes and make a concerted effort to treat other people the way we want to be treated, this downward spiral will continue to suck in victims. It will chew them up and spit them out, bleeding and traumatized.
For those of us who believe that someday we’ll have to give an account of ourselves, how will we justify the repeated consumption of other human beings to our Creator? Can we possibly excuse this use of other people as being necessary to our own well-being? Why do we expect other human beings to fill a God-shaped hole in our hearts?
Millions of people have been the paper towel. Or the Styrofoam cup. Or the aluminum can. They know how it feels to be tossed from a moving car, roll into a ditch, and sit there on the side of the road festering under a hot sun. It’s lonely. It’s miserable. They may never be able to get back out of the ditch.
Their partners drive on, too focused on their next cold drink or snack to show any real remorse for treating another person so callously. Because in their world, it’s all about them, and what gives them maximum gratification on demand.
Let’s hope they wake up to their self-absorption before they drive off a cliff. They’ve left a wide swath of destruction in their wake and will destroy themselves as well if they keep treating precious individuals as expendable commodities.
We are all worth so much more than this.
The natural life in each of us is something self-centered, something that wants to be petted and admired, to take advantage of other lives, to exploit the whole universe. –C.S. Lewis