The Predictability of Pathology 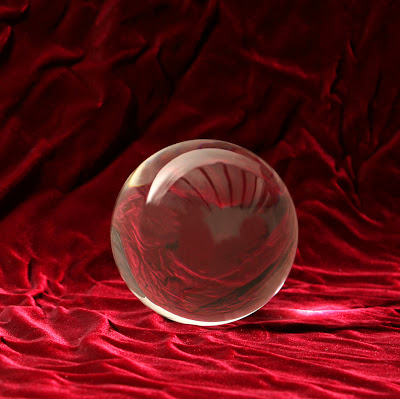 Over and over again women say "You are describing my relationship EXACTLY"
or "He has said those exact words to me!" Or "how do you know what my relationship
is like--how can you know this?" Contrary to some beliefs, I'm NOT psychic!

I accurately describe people's relationships because to a certain extent, parts of
pathology and their behavior is predictable. In the last blog, I listed a check list of their
frequent behaviors. Pathology is related to certain personality disorders and each one of these personality disorders has it's own set of behaviors and dysfunctions. To know the personality disorder is to know the behavior--either now or in the future. This is why Public Psychopathy Education is information for everyone because anyone can learn to predict, to a certain extent, the kinds of behaviors that are likely from the pathological in their life.

Each personality disorder has it's own set of behaviors and additionally, pathology
is related to:

So once you understand the behaviors related to the personality disorder then you
apply the 'Absolutes of Pathology' -- the inability to change, grow, or develop insight
and you can pretty much take his behavior now and apply it to the future in ANY
relationship. His behaviors related to his specific personality disorder are permanent.
If someone can not grow or change then his behaviors aren't going to change. If his
behaviors aren't going to change he will be the same today as he was 10 years ago in
a relationship and will be the same 20 years from now. If he doesn't have the ability
to develop insight about his behavior then I can pretty much tell you what it's like
to communicate with someone who can't 'see' his own faults.

Our goal in Public Psychopathy Education is for others to understand that you TOO
can learn to loosely predict pathological behavior based on past or current behavior. Once
you understand the symptoms of the personality disorder you can expect these behaviors
to continue.  The more you understand the Absolutes of Pathology the more clearly you
can understand what his future is likely to hold for himself and others in his life. It isn't
hard to predict something that doesn't change!

The exception to that rule is when violence is or has been involved. Pathologicals
with violence issues can be erratic and unstable. Predicting their ability to be currently
'non-violent based' on past non-violent episodes is too risky and he may not follow the
patterns he normally follows. For people with impulse control problems that are linked
to pathology/personality disorders then you have to assume there is always the risk of
violence.

Additionally, pathologicals who are addicts are hard to predict because of the instability of the person in an addiction. Addictions are realted to higher levels of violence. With violence, sexual offenses or addiction the rule of thumb is that the predicitbility factor is likely to be too risky to judge. When in doubt--doubt his predictability in violence, addiction or sexual offenses.

Otherwise, pathology is fairly easy to call. When someone doesn't change, the best
predictor of future behavior is past behavior. If you're wondering what your pathological
was like in the relationship before you or will be like in the one after you, just gauge
everything from where he is today. It's that simple and that sad.