Some Concerns About False Allegations of Abuse Are Accurate 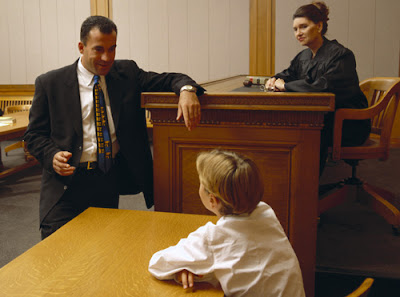 By Barry Goldstein
We often hear complaints about false allegations of abuse. The research is definitive that women rarely make deliberately false allegations of abuse. Victims who make such allegations are subject to vicious attacks, discussion of painful and embarrassing circumstances and very often cruel retaliation for telling the truth. Accordingly it is not surprising unless you live in the pretend world of abusers that only one-two percent of allegations of abuse by women are deliberately false. While unqualified professionals often discount or discredit such allegations particularly when made in the context of contested litigation, we rarely hear the question of how frequently men's denials of abuse are accurate. Abusers virtually always deny charges against them despite the fact they are almost always accurate, but these same professionals are rarely skeptical of abuser denials that have far less truth value. This is another example of gender bias that tends to be invisible to those who unconsciously use gender biased methods.

The myth that women frequently make false allegations has serious consequences. Many prosecutors and child protective agencies routinely refuse to investigate allegations by mothers if there is a contested custody case pending. Custody courts often punish mothers for making such allegations. Even when the allegations are not immediately discounted, they are generally treated with tremendous skepticism.

What happens when fathers make allegations against mothers in the context of contested custody cases? These allegations are taken seriously and agencies that routinely discount mothers' allegations make a full investigation of fathers' complaints. These complaints are often used as a strategy by abusers to quickly switch custody at the start of litigation in order to gain an advantage. Nevertheless, agencies that see far more allegations by mothers because men in our society are so much more abusive tend to believe they need to take men's allegations seriously in order to appear neutral.

This study has important implications for the work of prosecutors and child protective workers because they must exercise caution before bringing charges based on allegations by fathers involved in custody disputes. Not only are such allegations often false, but the professionals are likely to be fooled because abusers are particularly adept at manipulation. Professionals who believe they have the ability to determine if someone is telling the truth just from observing them are particularly vulnerable. Best practices would require these professionals to speak with the mother and consult with domestic violence experts (such as advocates) before reaching any conclusions. Prosecutors and case workers should require independent evidence and be cautious about children who normally are very credible but might be under the influence of the abuser.

One of the last cases I worked on as an attorney illustrates what can happen if professionals fail to consider an abuser's motivation and permit themselves to be manipulated. The father started by making false allegations to Child Protective Services (CPS), but the children told the caseworkers nothing happened so the reports were quickly dismissed.

The father learned his lesson so that when the parties separated he made new complaints to CPS and pressured their older daughter to support his charges. Thereafter he convinced the district attorney that his wife had cut him with a surgical instrument (she is a nurse) and they brought criminal charges against her. The case went to the domestic violence court so the judge could handle both criminal and custody issues. The father obtained a protective order for himself and the children and received temporary custody based upon the criminal charges and the indicated cases by CPS. The judge was relatively reasonable under the circumstances and permitted the mother regular visitation with the two daughters.

The court appointed an evaluator who recommended custody for the father based on the indicated CPS charges and pending criminal charges. The mother's prior attorney encouraged her to settle by giving the father custody since it looked like this was the likely outcome. The criminal charges against the mother and father (he had earlier assaulted her) were each settled by plea agreements that made no findings, avoided convictions and continued mutual orders of protection. It was at this point that I was brought into the case.

With the findings from CPS, the mother now had a good chance to win custody. The father had stopped paying his share of the mortgage and his aggressive litigation tactics forced the mother to file for bankruptcy. They would lose the family home unless it was sold, but he would only cooperate if she used a broker he designated. The broker represented the father at the closing and the sale went through. The father then sought additional child support claiming the mother received money from a fraudulent sale of the home. He also started a divorce action in another county seeking to punish her for the alleged fraudulent sale of the home.

We were able to prove that the father signed the real estate contract and power of attorney for his agent. I insisted on a hearing on grounds for divorce which was the first time we had the opportunity to prove the father's history of abuse (the custody trial was taking years because the judge could give us only a few hours at a time and the father's attorney was often unavailable which helped the abuser who had fraudulently obtained custody). The divorce judge was experienced and understood domestic violence resulting in a strong decision exposing the father's history. The court found the father had used the child to make false CPS complaints, cut himself and then brought false criminal charges and there was a long pattern of coercive and abusive behavior by the father. These findings were fully binding on the father because he was a party to the divorce case. Accordingly we had a strong chance to win custody. I made a motion to immediately return the children based on the divorce court findings. I expressed concern the abuser would again pressure the children to make more false complaints if he maintained control, but the judge decided to wait until the trial on custody could be completed.

Knowing he was going to lose custody, the father contrived still more false charges. At a visitation exchange the father instructed the older daughter to refuse to go with her mother and instead claim her mother twisted her wrist causing a black and blue mark. The prosecutor filed new charges against the mother and the father unilaterally stopped visitation sometimes claiming the children refused to go. Of course if a mother ever did this she would be in jail and custody changed, but the judge limited himself to repeatedly ordering the visitations to take place, finally arranging the transfers in the court.

I contacted the prosecutor and showed her the long history of false complaints by the father including pressuring the daughter to lie about her mother. The prosecutor refused to drop the charges and wanted the mother to plead guilty which of course would have destroyed her custody case. At the trial, the police officer who interviewed the child revealed that contrary to the charges, the child had no marks on her after the attempted exchange. A witness the district attorney failed to interview testified that the alleged incident never happened and the child never testified. The judge dismissed the charges after trial.

The judge tried to avoid further problems by allowing the mother to pick the children up at school so there could be no interaction between the parents. During the weekend visitation the mother dropped the children at the church for religious instruction. Unbeknownst to the mother the father came to the church threatened the nun so badly that she was scared of him and instructed the older daughter to make new charges against the mother. Since the criminal charges were dismissed in part because there was no injury, the girl bit her arm and told the school nurse her mother had squeezed it. CPS was called and the caseworker investigated the charges without interviewing the nun, reviewing the prior history or considering what the mother had to say. Instead they brought new charges and the county attorney filed petitions in Family Court that resulted initially in supervised visitation, but often no visitation as the father used his control over the girls to destroy their relationship with the mother.

The mother had a lot of things going for her that many domestic violence victims did not. She had a strong relationship with her daughters and support from her family. She was a nurse and so had income to try to protect her children. The divorce judge and administrative judge were outstanding and I would like to think she had a good attorney. While the domestic violence judge could have done a better job, he was not as hostile as many other judges. The District Attorney's Office in Westchester County was the first prosecutor to have a special office to prosecute domestic violence crimes. Some of the CPS caseworkers and particularly the earlier ones had the integrity to speak out when the agency became intimidated by the abusive father. Nevertheless, the abuser was able to manipulate the system to destroy the children's lives.

False criminal, child protective and other charges have become a common practice among abusers in contested custody cases. Professionals in these systems need to be trained to be aware of these practices and conduct the kinds of investigations necessary to avoid colluding with abusers. Our children are depending on it.

Barry Goldstein is a nationally recognized domestic violence expert, speaker, writer and consultant. He is the co-editor with Mo Therese Hannah of DOMESTIC VIOLENCE, ABUSE and CHILD CUSTODY.