The Two-Faces of Steve Nodine; Politician and accused murderer of Angel Downs 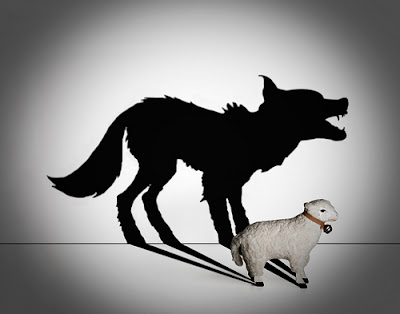 Steve Nodine, "The Hammer" was cocked and fired allegedly killed long time girlfriend, Angel Downs, on Mother’s Day at her home in Gulf Shores.
More women are victimized at their home by their intimate partners and killed with firearms than all other means combined. Jurors expect domestic violence victims to accept responsibility and leave batterers. Most murders occur when that happens and we know Angel Downs was trying to end the abusive relationship with Stephen Nodine.
We struggle to understand the offender’s motives and ask, “Why did he do it?” Some comment Steve Nodine was a “good man,” he did much to help the Mobile community. He did his job as County Commissioner well. It is a societal myth that niceness cannot coexist with violence, or evil; consequently the “good” guy must not be a murderer.
I would like to point out that all of Steve Nodine’s pro-social “goodness” has in fact benefited him each time. Being “good” was his best camouflage. This was how he manipulated the public and his victims by being “good”. The good deeds are so the public vouches for his trustworthiness. His victims are then lulled into trusting him because he is “good.”
Angel lost her life because of her trusting him. She had lived through many other attacks by this batterer and he escaped arrest, when law enforcement was called to intervene, by using his “good service” as County Commissioner.
Repetitious physical assaults of the past relationship were accelerated and even justified allegedly by Nodine, because of the termination attempted by Angel. “What’s past is prologue” (William Shakespeare, The Tempest, Act II, Scene I).
When a woman is repeatedly battered, yet unable to flee the traumatic situation even when escape is apparent and possible, the result is learned helplessness.
Battering and stalking by definition are not static but an evolving, continual and progressive crime. Requiring a “course of conduct” over a period of time demonstrating a continuity of purpose. Nodine allegedly repeated the harassing, threatening and abusive behavior to give the appearance of power and control.

We now have the facts that Steve Nodine has two faces. One for the public and the other, his true face he kept somewhat hidden. Steve Nodine is a skillful manipulator, he and his defense will try to focus on Angel Downs’s behavior not his. He may say it was an accident. It will be up to the prosecution to expose all signs of planning in Nodine’s behavior. Hopefully the jurors will find Nodine has committed acts that are abhorrent and anti-social, rather than engage in victim blaming of Angel Downs.
Why did he do it? Steve Nodine’s character traits motivate his offenses. We know from public records Nodine has an alleged criminal, narcissistic, or otherwise interpersonally-and-socially-compromised personality, he can be motivated to offend for a variety of reasons. He may lack the internal barriers that prevent offending, like guilt, remorse, empathy, or compassion. He may maintain a belief system, which devalues the rights of others and overvalues his rights. Nodine's evil face shows alleged indifferent to the pain, suffering, injury or humiliation of others. He may also feel the rules of society don’t apply to him, as his womanizing, pill-popping, pot smoking, stalking, battering and general unlawfulness seems to support.
Angel Downs knew Steve Nodine’s evil face and she had tried to expose and escape it. He did not want to lose control of her and possibly all he had worked for, if this came out. There were already nicks in his shining public armor from his drug arrest.
Did he try to prove he really was “good” and take her to the beach she loved on Mother’s Day? Maybe he feigned to say good-bye and end it? Did he leave his wallet at her house on purpose? Did he call her? Asking her to bring his wallet out to the truck? Did he then shoot her in the head?
Nodine has already began his "sympathy" defense which includes his less than ideal childhood, his absent father, brother with a brain injury, sister who was run over, mother who worked 3 jobs, and a bad hip, He has been victim blaming Angel telling Doctors she had a Romeo and Juliet death wish. Funny he didn't hear the shots fired (though the neighbors did) nor did he stop to help her. According to his phone records the only time he isn't talking or texting is the 60 mins after Angel's murder. Emails released show Nodine to be a batterer using his badge to intimidate and his addiction pushing over the edge. (Check out Peter Hyatt's statement analysis of emails) Angel was deathly afraid of him and even dreamed of him killing her.
Steve Nodine’s most powerful tool he will use in his defense is to be “good.” A “good man” doesn’t fit society’s image of a murderer. Society also wants them to be strangers. The fact is: MOST ARE NOT. “Goodness” is a powerful weapon. When someone is good, it is difficult to confront him or mistrust him.
Nodine’s camouflaged “goodness” has fallen apart. His character witnesses have been proven to be either near-strangers or alleged criminals. Nodine is trying to rely on societal biases and stereotypes about, “murderers.”
Look at the above chart contrasting Nodine’s “good” behavior against his "evil" behavior. Remember he is counting on society to perpetuate that niceness cannot coexist with violence, or evil; consequently the “good” guy must not be guilty of the alleged murder of Angel Downs.
Hopefully prosecutors will be able to expose Nodine and portray the so called “good” guy” as the evil murderer they allege he is.
Sadly Nodine has recently been released on bail. Hopefully not for long.
Friends of Steve Nodine
Nodine's attorneys are solicitating funds using photo's of Nodine's 13 year old son (many photos were when Nodine was having affair with Angel Downs) and President George W. Bush and various other politicians for Nodine's defense. He never mentions it is for MURDER. The site is called FriendsofSteveNodine.com and Paypal is the choice of payment as no local bank would agree to open a defense fund for Nodine.
Join us on Facebook as we Support Justice for Angel Downs.
Listen to the Dana Pretzer show on Scared Monkeys Radio with special guests WKRG Reporter Jessica Taloney and famous True Crime Author Diane Fanning discuss the Angel Downs murder case on 6/13/2010.
CRIMEWIRE 6/22/2010 at 8pm discusses the Nodine case with expert Peter Hyatt statement analysis of Caylee Anthony and Susan Smith fame. Along with Mobile journalist Kevin Lee of Lagniappe. Along with the rest of the expert team Dennis Griffin, Vito Collucci and Susan Murphy-Milano. you may listen on-line, podcast or call in to listen or contribute at (646) 478-0982
Steve Nodine on Dipity.