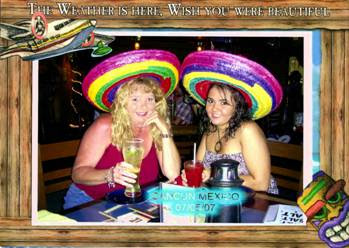 It all seemed to happen out of nowhere.  Tourism tragedies.  Of course they’ve been here all along, the media used them like gasoline that started fires under such unsolved tourist crime cases like Amy Bradley, George Smith, and “Aruba’s not-so-finest”, Natalee Holloway and most recently Robyn Gardner.  To this day, thousands are coming out of the woodwork wanting to share their stories.

However, if you plan on leaving the country on vacation, do your homework.  When you leave the U.S., you leave all your American “rights” right back where you’re from on 123 Justice Street.  You are subject to each country’s laws and due processes.  It can take months for many foreign governments to glean information, and have been known to stall investigations knowing the victim will go home and let it go.

A majority of tourist trappers are on the lookout for someone just like you.  They breed like cockroaches, un-relentless as blood hungry sharks.  They live where you vacation because there are so many victims to choose from, and violating you is part of the fun on their sociopath schoolyard.  They always flash you a smiling face before they go for the kill.

In 2007, Rebecca Sinott, a married 38-year old North Carolina mother, thought she’d hit the jackpot when her 19-year old niece, Ashley, won a five-day trip to Cancun, Mexico.  Rebecca had never been out of the country, let alone on a plane.  This would be the trip of her dreams.  Little did she know it would change her life forever, only comparing it to a living horror movie.

On their third night in Cancun, Rebecca and Ashley enjoyed dinner and drinks on one of many popular dinner/party cruises.  Until approximately 11:30 p.m., they enjoyed the warm air, the sound of the music and the serenity of the waves.  When the cruise ended they decided to check out a nightclub that was near their hotel.

Along the way, they stopped at a convenience store next to their hotel.  As they approached, two security guards befriended both Rebecca and Ashley.  They identified themselves as Carlos and Javiar and offered the women a table in front of the store where they could “relax and chat”.  Rebecca pegged them as harmless locals, and so for the next hour they were telling them how exciting their vacation has been, how lovely Cancan was, and even exchanged stories about one another’s families and children.

Carlos explained that he and Javier were security guards for a nearby night club and Carlos offered to show the women the inside, bragging about how they’ve hung out with bands such as “Guns-n-Roses”.

Beginning to feel uneasy, Rebecca noted it was getting late and they would be leaving.  Their biggest mistake—becoming separated.  Rebecca agreed to look inside the club, while Ashley slowly headed back to the hotel waiting for Rebecca to catch up.  They separated for what could have been the final time.

Rebecca recounts her nightmare, "I remember going into the club and looking around with Carlos and up until this point, no warning, no hint, no flirting, no touching, nothing to make me think anything other than I had met a nice gentleman security guard in Cancun.”
"…After we came out of the club I remember saying 'thank you' and how nice it was to meet him [Carlos], so when he offered to walk me to the hotel for my safety, I never thought anything of it. And when he said, 'Here, let's cut through the club, it comes out in the back of the lobby,' I never doubted him. Once inside the club, we walked down a hallway and when I was in the back of the club, I remember coming to a locked door and asking him to unlock it."

Rebecca continues her story.
"I remember him saying, 'Give me what I want and I'll take you where you want to go!' I remember him wailing on my head with his fist and saying 'American Tourista' and 'you know you want it'. At one point, I could clearly see his face standing in the doorway and he was smiling at me, while he backhanded me across the face and knocked me to the floor. I remember him tearing at my top; I remember pushing him and saying, 'NO!  Don't do this!'
“I remember grabbing his genitals and how his jeans tore at my fingernails as I tried desperately to hurt him enough to get him off me. I remember his face and his rage and his right hand coming at me and knocking me into a wall. Then I remember telling myself to lay still and act like I'm dead and maybe he'll go away. I remember the colors of the walls; I remember the blood, so much blood."
Rebecca is found unconscious, raped, bruised and bleeding in the front of her hotel lobby.  She barely remembers her useless muted screams, “Go get Carlos!  He did this!  Ashley knows where he is!  Tell them!  Go get him!  Help me!”

Conveniently (Hmmm?) Ashley recollects no one being able to speak English except for the ambulance driver, who quickly asked her, "How much money do you have?" A credit card was the only ticket to the hospital, where a rape kit was performed.   The “physicians” began to prep Rebecca for operations on her battered body not understanding what was going on to give consent.  She somehow managed call to her husband in North Carolina who cried, "Get out of there before they kill you! Get out of Mexico! Just come home no matter what! They are going to kill you! Don't trust anyone, come home!"
With those words from her husband of 20 years, Rebecca, with the help of Ashley, refused medical service, and signed discharge paperwork that she couldn't see, let alone read.   Her hotel concierge hauled her off in a wheelchair and told her he would get her on a flight back to the states right away.
As soon as Rebecca was back in North Carolina, she was rushed to a hospital, where she learned the extent of her injuries. She lost three teeth.  Both eye sockets and cheekbones were broken. Her nose was broken and had several broken ribs. She was left with over a dozen stitches, both inside and outside of her mouth, and another dozen around her left eye.
Since this incident, Rebecca's life as she knew it has never been the same. She developed severe PTSD (Post Traumatic Stress Syndrome) and debilitating depression for which she had to seek the assistance of psychiatrists and therapists using medications and therapy to help regain her life before Cancun. Adding insult to injury, Rebecca was fired from her job because she could not perform her duties the way she used to.
Rebecca vowed to herself, and to countless other victims, that Mexico would not forget her name. She began to speak to anyone who would listen to her story - lawyers, politicians, the media, and the Mexican authorities.  In August 2007, North Carolina Senator Elizabeth Dole referred Rebecca's case to the U.S. Department of State with a letter stating that the U.S. Consular Agency in Cancun inquired with local police on her behalf and learned that a suspect had not been apprehended in connection with her case; however her case remains open. 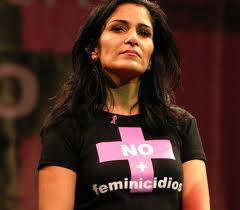 Rebecca eventually got in touch with Lydia Cacho Ribeiro who is a famous Mexican journalist, feminist and human rights activist. She receives daily death threats see: http://www.frontlinedefenders.org/taxonomy/term/111), from the direct work she does through her organization CIAM. “CIAM Cancun provides free legal advocacy, psychological attention, medical care, shelter and security, to victims of domestic and sexual violence as well as victims of trafficking. http://www.ciamcancun.org/eng/”

While Rebecca has never seen any justice, she realizes the odds of facing her rapist in any courtroom as slim to none. Nonetheless, she continues to talk and reach out to people to share and educate others about her life-changing ordeal.

To any victim:  The unselfish act of putting yourself out there and sharing your message is the most important step for the development of long-term changes!  If you’ve ever been a victim while on vacation, speak out!  Be heard!  It may not change your situation, but it will be helpful for countless of others.

Pay the knowledge forward.  It won’t cost you a cent.


Michelle Simonsen is an outspoken activist and true crime blogger well known for the grass-roots campaign,"Boycott Aruba," surrounding the time of the Natalee Holloway disappearance.