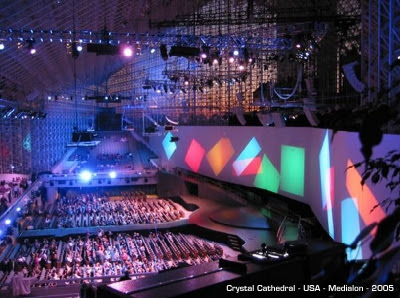 Gina was a survivor of domestic violence, emerging from the effects of an abusive first husband and rebuilding her life with Steve, her current husband. Never content merely to survive, Gina wanted to help others going through the kind of experience she had. She formed a foundation dedicated to the prevention and remedy of domestic violence and its effects. She and Steve also presented the concept to the senior pastor of their church as a ministry opportunity. The pastor’s refusal even to consider the possibility was a slap in the face as painful as the injuries of her first marriage.


Gina and Steve were members of what we'd commonly call a "mega-church." Personally, I’d call it a "pretty church." The Pretty Church often has limited value for the currently suffering, other than as a beacon in the distance to provide inspiration to those who can see it.


Characteristics of The Pretty Church include attention to its preservation and growth, its distancing from what it teaches, its size, its attention to public and internal image, and its tiered structure of administration and congregation. These are all interrelated, but they each have their distinguishing elements.


This is the church-speak equivalent of practicing what you preach. In the eyes of the outside observer, The Pretty Church’s tendency to preach one thing and practice another is almost a given. The church teaches a lot that is NOT pretty, so The Pretty Church distances itself from its teachings. Let me give two quick modern-day examples, using Luke 7. In the narrative Jesus is dining with religious high-rollers when an unacceptable woman breaks into the banquet hall. She runs to Jesus and weeps all over his feet and wipes them with her hair, much to the disgust of the other guests. The Pretty Church’s congregation, under its collective breath, is cheering “Way to go, Jesus” as he rebukes the indignant guests. But neither the preacher nor the congregation will face the fact that Jesus, after saying “Your sins are forgiven” doesn’t say “go and sin no more.” She’s likely captive in white slavery, and Jesus knows it will be some time before she can escape her oppressor.


My first modern example is at the million-dollar retirement party of The Pretty Church’s senior pastor. Present are business, political, and other church leaders. In the corner is an insignificant clergyman from a small church across town, invited because he and the pastor were once friends. As the dignitaries eat and speak, suddenly a woman of the street breaks in and rushes to the token clergyman. As she collapses sobbing into the man’s arms, he takes her out of the banquet hall as the dignitaries curse the two of them. The bouncers are close behind, making sure of a quick return to order. The clergyman comforts the woman, reassuring her that he’s working on her escape from the street life. But he cautiously reminds her that some of her pimp’s clients are in the banquet hall, and that her pimp uses real bullets.


My second modern example is The Pretty Church’s Wednesday evening service. Virginia Dale, the guest speaker, wows them with tales of her pre-conversion life as an exotic dancer with Sally Rand and her past exploits with such notables as Jack Ruby. In celebration for the return of the prodigal, The Pretty Church kills the fatted calf. But then the congregation sees Heather Lou sitting in the audience, sobbing uncontrollably as she’s desperately seeking help to escape from the gentlemen’s club and its stranglehold. And the congregation kills not the fatted calf, but Heather Lou. 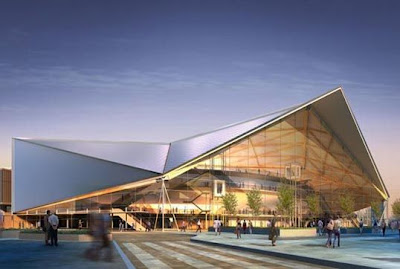 SIZE OF THE SHIP AND IMAGE-MANAGEMENT


The larger church typically has a large operating budget with reserves and an endowment to weather the storms of economic uncertainty. It also has the ability to sponsor numerous programs for member and guest participation, as well as a physical plant and staff to oversee such indirect outreach programs as Operation Head Start and Family Gateway.


But the larger church, in order to sustain the large operating budget, must give major attention to its public image. For example, when Jerry Falwell commented about the 9-11 attacks on the World Trade Center, world media outlets had a field day and damage control became a multi-year project. This leads to a paranoia that paralyzes The Pretty Church and makes them hesitant to take on any sort of controversy.


In addition to its public image, The Pretty Church must continually attract and hold large and financially strong members. It must compete effectively with other mega-churches and with the smaller ones. This requires attention to internal eye-appeal as well. The auditorium must be made beautiful with the arrangement of the performers' stage, the baptistery, the choir section, and the musicians. It must be purged of elements that would lead to controversy. Any depictions of social outreach, God\'s love for the poor, and the seedy people that Jesus associated with, are not allowed. If a cross is present at all in the auditorium, it tends to be shiny metal or well-manicured wood. Any thought of showing Jesus on the cross is quickly done away with. 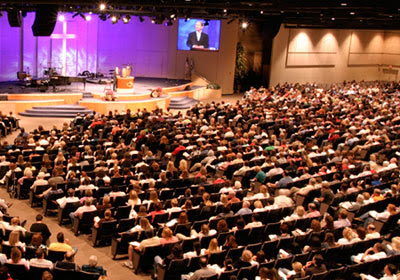 
The worship structure is in an auditorium resembling a concert hall, with paid and volunteer musicians and a preacher who delivers a 45- to 60-minute message. The congregation's part is to sing with the musicians, listen to the sermon, and make responses when prompted. This hierarchical worship format tends to be the model of church administration as well. The leaders tend to become isolated, surrounding themselves with a small number of trusted advisors who insulate them from the needs and interests of their members.


The sermons speak of God's love for the poor, but in general and to protect its income stream Jesus' words about woes to the rich are severely qualified with a version of "I don't mean you who earned your fair wages." All words of welcome that Jesus extended tend to be followed by having the less acceptable worshipers do the equivalent of sitting in the back of the bus. In effect, the worship space must be "pretty." Any reference to Jesus' death on the cross, or any mention of blood, must remain abstract; it's OK to speak about the fact of Jesus' suffering, but it's never acceptable to speak of the forensics of death by crucifixion. References to "taking up your cross" are metaphorical, in the form of dealing with obnoxious co-workers. The fear is that members will jump ship if they are ever confronted with the true cost of their salvation, or with the true meaning of the Great Commission to go into all the world (Matthew 28:19-20).


This sentiment spills over to the church's programs. Programs tend to include the socially accepted ones, such as hospital visitation, divorce and addiction recovery, travel, book discussions, international mission support, and Bible studies.


Occasionally, depending on the demographics, the church may also include a program of re-entry into society following a prison sentence -- as long as the ex-offender's crimes fit within acceptable limits. But certain programs tend to be absolutely off limits, especially anything that ministers to victims of crime and violence. This is a continuation of keeping the church "pretty." Domestic violence is a taboo topic inside as well as outside the church, so Gina and Steve were definitely behind the curve. A rape victim, or someone disfigured by violent crime, suddenly puts a face onto the things comfortably kept on the other side of a wall. Occasionally such a face can be a guest speaker, with overhead slides and handouts, and the speaker then takes food and money over the wall to the recipients. A good time is had by all, and nobody has to take hand-wipes to photo-ops.


Because of the need to be "pretty," the experts have constructed an eloquent defense of their practices.

This combined attitude borders on hypocrisy, and it is what Gina and Steve ran up against. It flies in the face of the Great Commission, and it sanitizes religion to remove all of the call in Matthew 25.


Fixing the problem is simple in theory, and it can be seen in some very happy exceptions. One of these is The Rock Church in San Diego. Under its Senior Pastor, Miles McPherson, The Rock Church runs several programs that meet people where they are, without judgment. Two such programs are "JC’s Girls," an exit program for women who honestly want to stop dancing in gentlemen’s clubs, and "Luv 'em Up," a ministry to those of different mental ability.


For resource, here are a few links provided by friends who reviewed the draft of this article.
http://openlibrary.org/b/OL8218313M/Showtime!_Worship_in_the_Age_of_Show_Business which tackles primarily the church as more eye candy than "heart candy."
http://en.wikipedia.org/wiki/Finley_Peter_Dunne who is credited with the quote "Comfort the afflicted, afflict the comfortable."
http://urban.pcpc.orghttp://urban.pcpc.org, a mega-church that has addressed this matter creatively. Instead of creating a ministry to "the least of these," they actively support several Christian ministries in the area. They have an urban ministries staff pastor to oversee this work and invite members to volunteer. It’s not a direct involvement, but this is a start.
http://www.theraveproject.org, which addresses these complex issues from a Christian perspective was born out of rejections and disappointments.


I received indirect references to others, but these are samples. It’s heartwarming to know that these do exist, and that we’re not pioneering the concept. We have a long way to go, but a start has been made out there. Hopefully, in your own journey you will accumulate some resources and share them as well.


We've all heard it said, "If the job of the captain was to protect the safety of the ship, he'd never leave port." I once heard this quote in a sermon, paradoxically by a senior pastor who would never do anything to put his physical plant at risk.


Contrast this to the fictional Prime Directive of the "Star Trek" series. We can learn a lot when a church puts this idea into practice. When a church places God's priorities over the protection of its assets and income, when the endowment principal is spent on outreach to the hurting of the world, that church finds itself depending on the faith it promotes among its membership. It must seek first the Kingdom of Heaven, and trust the Heavenly Father to provide for its own needs.