Mexican Justice: Is There Such a Thing? 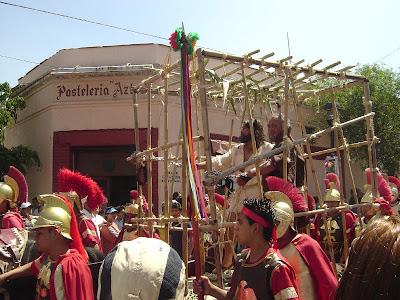 What happens when a citizen of the US vacations in Mexico and something bad happens, something really bad, something violent, or worse, murder? We all think we have some grasp of how our own criminal justice system works; the bad guys are caught, charged, go to trial, are convicted and sentenced. Well, maybe in an ideal world.
In as much as we feel the justice system in the United States needs to be overhauled, changes in plea deals and light sentences, among other things, how many of us can truthfully say we know how the criminal justice system works in other countries? We love to vacation in Europe, Asia and Central and South America, many buying vacation property and retirement homes in third world countries, but what happens when trouble starts? 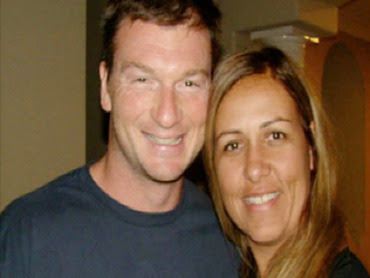 In April, Bruce and Monica Beresford-Redman agreed to take a trip to Cancun to help repair their marriage, which, by all accounts, was quite troubled. Many around Monica, including her family, didn't feel that Bruce was "sincere" he was up to something and acting strange. Monica's family warned her not to take the trip. Two young toddlers, 3 and 5 were vacationing with their parents while the couple embarked on, what Monica had hoped would be, a second chance; a second honeymoon with her husband, the producer for the hit tv show, "Survivor."
At what point did trouble start? In my opinion, it was when he began his premeditated plan, likely with some help, to elimate his wife and mother of his children in paradise in a foreign country. Pretty clever if you ask me.


What we do know for certain is the couple had serious problems. He was having an affair, in love with another woman and Monica wanted a divorce. This sick cowardly lion was not going to go quietly into the night. As an abuser will do when they are anrgy, or someone else other than them is attempting to call the shots to end a relationship, they look for a way to erase them from their lives. And, in my opinion, you can take it to the bank, that is exactly what happend.

Bruce Beresford-Redman reported his wife, Monica, missing after a night of arguing, as reported by others staying at the same hotel. Two days later her nude, beaten and strangled body was found in a sewer pipe near the resort where they were staying. When reporting her missing, it was noted by authorities that he had scratches and bruises on his body,was soon named a suspect and told not to leave Mexico until the evidence was gathered and investigated.
It was soon reported by E!Online that Beresford-Redman was "huddling with Eduardo Amerena, the noted criminal lawyer who successfully defended Duane "Dog" Chapman back in 2007, plotting a counterattack in the increasingly likely chance he is formally accused of slaying wife Monica and stuffing her body into a sewer." It was stated that he was going to say that Monica had been cheating on him, not he cheating on her! Oh yea, the old "blame the victim" routine! I guess he would be more believable stating that she was the "cheater" because she is no longer here to defend herself or to provide evidence to the contrary. Sounds very familar. It reminds us of the Stacy Peterson case. Who, by the way, like so many innocent lives, are not here any longer because they have also been elimiated.
Bruce Beresford-Redman was ordered to stay in Mexico, not charged with any crime, nor incarcerated. In the meantime, back in the USA, the fate of he and Monica's children was decided. Against the wishes of her sisters and family, the children were awarded to their paternal grandparents, although temporary, they are filing for permanent custody.
To add another twist to the story, around May 20, Bruce Beresford-Redman was suddenly nowhere to be found! Mexican authorities had tried to contact him and were unable to reach him. Low and behold, he shows up back home in California just in time to have another one of his reality tv shows, Shedding for the Wedding, picked up by the CW network. Can we start boycotting the CW Network, please? We should all be outraged that any network in the United States would hire a man whom again, in my expert opinion, murdered his wife. If you go here you can leave an outage comment to the folks at the CW Network. Afterall, the CW Network are only fueling the fire, making a statement to society that "Intimate Partner Violence" and murder is acceptable.
Although he was ordered to give up his passport, Bruce was free to travel around Mexico. Free to find a way to get back over the border? Afterall, hundreds of illegals do it every day, undetected, or with authorities looking the other way! According to Mexican authorities, Beresford-Redman is the only suspect in his wife Monica's brutal murder, and, now he has fled their country, the country which has jurisdiction over this crime. What will they do about it? Absoltely nothing and this piece of human garbage knows it.
So where is the justice, and what can the sisters and family of Monica Beresford-Redman do now? According to Private Investigators, Vito Colucci and Al Dressler, as stated on The Susan Murphy Milano Show, agree the family need to keep the public informed, they need to garner media attention and they need to keep the heat up by offering a reward, hiring a private investigator, or working within our system to insure that Monica's murder does not turn into a cold case sitting in the dusty file cabinet in a Mexican police department.
One thing that may have saved the hundreds of thousands of dollars that will go into finally arresting and convicting the alleged murderer in this case is, if Monica, and others in known violent relationships, had taken the time to complete an Evidentiary Abuse Affidavit. Had this been done, the person who murdered Monica Beresford-Redman would most likely be sitting in jail.
If you, as a reader, are not aware of what an Evidentiary Abuse Affidavit is, it is a formal signed and notarized series of documents, along with video testimony, that can be used in a court of law if someone in a violent relationship is either missing or murdered. It can bypass all hearsay laws because it's done in the "potential" victim's own voice, own words and used like a will in the event that something happens.

Monica Beresford-Redmond traveled alive and well to another country and she returned because of a husband's rage, in a body bag!
As we go about our daily lives, remember there are many "Monicas" out there right now who may be successful professional people, or down and out having a hard time, but one thing they have in common is violence within their homes. Follow the "Battle Cry" and extend your strength and your voice to help stop family violence.

Been there, done that…” Susan Murphy- Milano has turned a tired phrase into demonstrable realism through the gift of her newly published book, "TIME'S UP: A GUIDE ON HOW TO LEAVE AND SURVIVE ABUSIVE AND STALKING RELATIONSHIPS
at 12:01 AM