No Chance of Parole for Victims!


By Sheryl McCollum
Do they think we forget?
The "Onion Field" 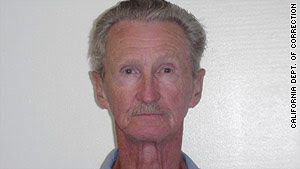 It’s been 50 years since his crime.  Now he wants out of prison.  His victim is still dead!  He should still be in prison.  Cop killer Gregory Powell believes we are all stupid and have bad memories.  Thanks to Joseph Wambaugh’s best selling book about the crime no one should ever forget the horrifying details for a senseless crime.
Does the passage of time lessen what they did?  I don’t think so.  In many ways it makes their crime sadder.  Think of all the missed events, weddings, babies, parties, birthdays, and new homes, first jobs, and loves.
At 75 years old Powell wants to be set free to live out his life as he chooses, to visit with friends, loved ones and make new friends.  His victim, Officer Ian Campbell, was a police officer.  He was living his life to protect others, working a job not looking for a liquor store to rob.  Powell was pulled over by his victim.  It was a traffic stop.  Then during the stop Powell pulls a gun and everyone's life is changed forever.
One police officer is killed and one officer escapes to be haunted for the rest of his life by the events of that day.  Powell did not just make a quick mistake.  He drove the officers out of Hollywood to an onion filed.  He asked the officer a question about the “Lindbergh Law” and then shot him in the head.
Powell has been denied parole 11 times.  I have no doubt he will be denied again.  The issue here is that these killers believe they should be set free and the system is set up where they can actually attempt to be released.
Powell should be serving a harsh punishment not waiting for parole consideration. 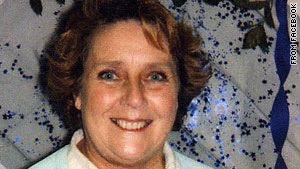 Betty Broderick’s husband left her for a younger woman.  They had a nasty divorce, and she left nasty messages on his voicemail.
"This is a message to f—-head and the bitch. You have one hell of a nerve dumping the kids here on the sidewalk and zooming away without making any attempt to communicate with me about my plans for the weekend. Make me sick, both of you. I have a good mind to dump the kids back on you and drive away. Call me. We have a lot to talk about, asshole. And come pick up your four children that you're working so hard to have custody of. Congratulations. You can have them."
Anyone who has watched a sister, daughter, mom, aunt or friend go through a divorce knows it is painful.  Anyone who has had a husband walk out on them for another women and then control the money understands the pain and anger that comes from those events.
We can all understand her anger but not the murderous way she handled the situation.
Betty in her own words said, “I realize now that he was right when he said our battles would continue until one of us was dead."
Dan Broderick was not perfect in his treatment of his wife but he did not deserve to be a murder victim. 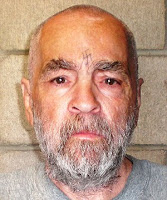 Why do we entertain the idea of Charlie Manson getting paroled?  He was paroled once at the age of nineteen in 1954.  March of 1958 he was paroled a second time and started pimping and stealing.  In 1967 he was once again released from prison.  What happened next made him infamous.  The Manson Family was born and the killing spree began.  He was given lifetime sentence but still periodically comes up for parole.
I believe that the parole board re-victimizes victims.  Surviving victims must pay their own way to  the hearings.  They must re-tell their painful stories to strangers.  They must go through the trauma of having to think about their assailant getting out of prison.  This person could harm them in retaliation or seek new victims.  This is a lot to put on innocent people where were targeted by a criminal.


If the above pictures look like harmless older people, think again.  They are all killers.  All of their victims are still dead.   Their victims did not have the chance to grow old and gray.  Why should any of them walk among the free.....EVER!?