How A Town Heals…. 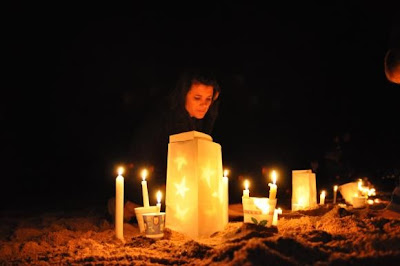 In the aftermath of the mass homicides of Newtown, CT, Ladyjustice wondered how a town collectively heals after such events. We have innumerable examples from which to draw for purposes of discussion. What follows is not an exhaustive account, but a sampling of how each tragedy blossomed into positive remembrances.

The primary element… the motivation in each of these true life occurrences was that the focus was on the humanity and goodness of the victim(s) lost versus the event itself.

Following a rampage that included stalking, kidnapping, bank robbery, physical restraint, sexual assault/rape, torture ,murder and arson of Dr. William Petit, Jr and the three Petit women/girls, the State of Connecticut was shaken to its core. Cries for the death penalty for both offenders and an outpouring of collective grief and support were initiated by people around the globe. That one man could survive and ultimately carry on with life is a major miracle. How did the sleepy town of Cheshire begin and continue on the path of recovery?

1) Within the Cheshire playground, Bartlem Park, lined with inscribed bricks, there is one that reads, “In Memory of the Petits;”

3) Creation of the Petit Family Foundation whose multiple missions include the sponsoring of scholarships in the areas of women pursuing careers in science, families of violent crime and Multiple Sclerosis. (Jennifer Hawk- Petit suffered from MS); Also: A 5K Road Race: http://www.petitfamilyfoundation.org/ways_to_support/participate_in_events/road_race/;

A “Motorcycle Ride for Justice” http://www.petitfamilyfoundation.org/ways_to_support/participate_in_events/ride_for_justice/

Michaela, youngest daughter of the family, began a community service project, symbolically represented and continued by the harvesting of flower seeds originally salvaged from their home garden;

The United Methodist Church remembers the Petit family throughout the year with special services, and floral arrangements;

A well known memorial garden is located at the site of the former Petit homer on Sorghum Mill Drive... The house was razed after being destroyed by arson set by the murderers. The garden is maintained by friends and neighbors and open to the public. http://donnagore.com/2011/06/19/the-legacy-of-the-petit-family-foundation/

The Aftermath of Columbine High School:

April 20, 1999 A rampage by two crazed, depressed male students who were outcasts with a death wish with grandiose ideas to make an unforgettable impact on the world before they went down. The bomb failed….but the bullets seemingly never stopped until 12 students, and one teacher was shot dead, 21 others were injured.

A powerful “Lie-down protest” with dozens of participants by the steps of the State Capital the day after the shootings to plead for tougher gun laws.

Rachael’s Challenge: An outgrowth of kindness and compassion begun at the muddle school level- Anti-bullying;

A new CD project has been launched by Columbine CD producer honoring the life and legacy of Rachel Joy Scott, the student who gained much notoriety from her death in the tragedy at Columbine High School. http://www.racheljoyscott.com/default.htm

Honoring Daniel
Welcome to the Daniel Mauser website. This site is dedicated to the memory of Daniel Conner Mauser. Daniel was taken from us in the tragic massacre at Columbine High School on April 20th, 1999.

The !0th Anniversary of The Columbine Massacre: About 1,000 people gathered for a sunset memorial service at Clement Park, next to the school, where survivors, relatives and current students reflected on the massacre. A dove was released for each of the 13 victims as principal Frank DeAngelis read their names.

The Aftermath of the Virginia Polytechnical Institute and State University Rampage Shootings:

On April 16, 2007, 32 students and faculty were killed on campus and 17 others injured in two separate attacks by a deranged student. The massacre prompted the state of Virginia to close legal loopholes that had previously allowed Cho, an individual adjudicated as mentally unsound, to purchase handguns without detection by the National Instant Criminal Background Check System (NICS). The incident prompted schools nationwide to install state-of-the-art notification systems that would broadcast warnings to cellphones, electronic bulletin boards, e-mail accounts and social media. Virginia Tech, especially, began responding to any campus threat

Day of Remembrance: We Remember: Organized runs, candlelight vigils, picnics poetry, music and other events have been part of the remembrance every year…

The Annual Day of Remembrance & Website: 32 students and faculty members who were tragically taken from their loved ones and our community on April 16, 2007. They ranged in age from 18 to 76 and represented a variety of academic areas, faith and ethnic groups

VT Engage: The Community Learning Initiative: Includes a variety of service projects and grants to inspire VT students to become part of the larger community. http://www.engage.vt.edu/student-programs/;

The Office of Support & Recovery was initiated after the massacre to facilitate support, commemoration activities, student alerts and provide counseling;

The Aftermath of the rampage shootings on January 8, 2011 and attempted assassination of Congresswoman Gabrielle Giffords in Tucson Arizona.

S x fatalities and 13 additional injured persons were targeted at a supermarket.

As of February 2012, the U.S, Navy honored Gabby Giffords by naming a ship in her honor for supporting the military and veterans, advocating for renewable energy and championing border security,”


A work still in progress…. with gifts, donations, honors and remembrances of every variety imaginable….. However a few words of caution from experts testifying before the Connecticut Legislature on “Recovering from National Tragedies: How Schools and Communities Recover” February 22, 2012:

Experts Dr. Thomas DeMaria of Long Island NY and the 911- Mass Homicides and Dr. Marlene Wong of Los Angeles spoke on this topic:

A couple of the many interesting points to keep in mind when formulating recommendations, and implementing policies regarding the outpouring of support and the physical environment of the event…..

1) Dealing with the outpouring of gifts – It is well intentioned, but can be a real problem and barrier to healing as schools have to rent warehouses to store the goods and figure out how to distribute equitably is a real problem as well as the increased expenses incurred. More importantly, the access to celebrities and, numerous material goods is not normal in the everyday scheme of life and should be done with care and caution.

2) It is vitally important to change the entire environment in which the event occurred (if it is not razed) such that children feel safe. Historically, they will not enter an environment where they witnessed violence. Therefore, changing the physical structure, layout, painting, making it bright and welcoming is very important for their healing.

3) If it is not changed, the scene tends to attract local voyeurs and curiosity seekers, going to the site, wanting to have their photo taken on site etc.

A sign of hope…. Both psychologists felt that there is a multitude of support in Newtown and Connecticut… and that they are better suited than many small towns to deal with the aftermath…. Link: http://ct-n.com/ondemand.asp?ID=8728


Conclusion: “How a town heals is a measure of the goodness of its people.”

To read more of Donna Gore's posts, and learn more about "LadyJustice," refer to her website: www.donnagore.com Donna is also a Featured Columnist for Here Women Talk and the host of SHATTERED LIVES each Saturday at 5ET.
at 3:58 PM