On Faith, Risk, And Couchsurfing 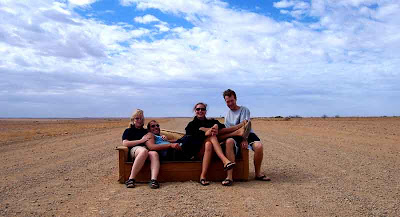 by Roger A. Canaff


Joseph and Mary: The original "couchsurfers."

That's neither a joke nor necessarily Biblically incorrect. Joseph desperately needed shelter when he and his intensely pregnant wife arrived in a chilly and overcrowded desert town for a Roman census call. An inn-keeper had an idea.

As a rabbi, Jesus became a couchsurfer as well, treading through ancient Palestine with his crew, finding comfort, wine, and conversation, bearing witness to sinners and holy people alike. So given the blessings of adequate space, how could a modern Christian's home be anything other than a glowing respite for weary fellow travelers?

Enter Couchsurfing.org, (CS) active in 97,000 cities worldwide. Members create a detailed profile with photos describing themselves and their living space, then offer hospitality to other members passing through. It's at heart a wonderful idea; one that a cynical and aging former prosecutor shouldn't douse with cold water. But after a patient review of their safety tips and policies, I didn't come away with confidence in CS's ability to reasonably predict a safe outcome in any offline meeting.

CS does prominently address safety, and importantly emphasizes risk-minimization and informed choices rather than meaningless and impossible "assurances." Life is risk and there are no guarantees. I'm sure the vast majority of CS made connections are positive. But they simultaneously claim a "close-knit" community where "vouching" helps allay concerns, and roughly 5 million members.

Their safety video focuses on the joyful leap of discovery and innate good in people rather than the serious and still highly fallible business of self-protection when agreeing to lose consciousness in a stranger's home a half a world away. Instead, members discuss how they can communicate with their presumed hosts both online and in person before finally committing to unrolling a sleeping bag. It's stressed that personal interaction can often lead to the comforting conclusion that the host is "nice." You talk to them, and you can tell.

Except you can't. I imagine CS boasts a very short list of reported crimes- either to them or to authorities in whatever part of the globe- against hosts or travelers as evidence of a sound safety record. But a lack of reporting, even to them, hardly means a lack of occurrences, some frightening or worse.

Now enter faith because of how I became familiar with CS. A dear friend is a PhD and Christian missionary. He shared an article by a woman whose family opens their home to couchsurfers and others as "reverse missionaries." They provide warm hospitality and, to willing ears, Jesus' message. Again, it's a wonderful idea.

But I am frightened for her family, sadly, by statements like this: "It really is God who is our booking agent. We know He is guiding the right people to us." This is all she offers for how she measures risk and makes decisions. She relates that early in their experience as hosts, a young Slovenian couple arrived with their toddler and it was then they "knew they had nothing to fear." Much is made of the participation their young children have in the interaction with guests as well. I assume these children appear in her CS profile, probably also in photographs.

I'd love dearly to believe that God is actively protecting them on this gracious adventure. Perhaps He is, or perhaps they are content with His stewardship come what may. But I have seen, tragically, how people of faith and Christians in particular are targeted by predators who are remarkably adept at appearing to be of a similar mind. A belief in providence and forgiveness are great gifts. They are also beacons of opportunity for human things empty of anything but blunt and vicious self-satisfaction.

It's been said that religion provides the right to martyr oneself, but not one's children. I mean no disrespect to this apparently loving and decent couple, and admittedly the article was not intended as a practical "how to" for anyone. But it is solely the choices she and her husband make that seal the fates of their children, one of whom is eight.

That fact haunts me. That, and the dark reality I can't shake of whom the dead-eyed often hunt: Those whose eyes sparkle with faith, hope, and trust.