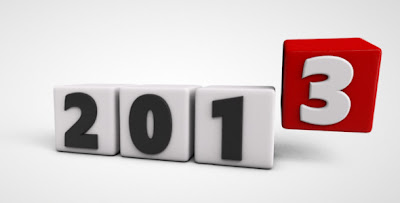 It is time once again to bid a fond farewell to another year served. Not just any year, mind you, one surrounded in antiquated mystery, intrigue and doomsday prophecy foreseeing ever-lasting fatal consequences, designed to unilaterally and spiritually over haul ourselves and emerge on December 31st as a new and improved population of undetermined proportion. A Utopian society comprising of single like-minded individuals flushed through by organic (severe weather and polar shifts) and non-organic (faith-based forecasts) convergence for universal higher consciousness.

In all probability, thankfully, it appears the world will continue long past this year and well into future. As much as some hoped, our transformation from turmoil to tranquility is not going to happen over the course of this magical year. There will be no spontaneous combustion on the horizon that will sway millions of lost souls to unite towards unselfish goals and wants for each others. No, this rise in conscious thought will take a tad longer than anticipated. However, the soul work we did accomplish over these several months did bump us up on the vibrational hierarchy chart of awareness and that’s always a good thing.

Year 2012 I labeled the “Year of Buoyancy.” In review, the last couple of years have brought about hardships for thousands of people. Last December’s blog post I asked each one of you to envision your inner spiritual core as buoys in a large body of water. Immovable flotation devices that serve to signal danger ahead and mark the beginning of calmer water ahead which helps to bob and weave through conflict and challenges without too much interruption to your normal routine. Hopefully, you were able to heed this calling and minimize the pain caused by indomitable circumstances. You will be asked to tap into this inner core strength once again during tenure in 2013. The energy of next year will not only encourage deeper contemplative thoughts but demand well laid introspective action as well.

This year was not about settling for status quo. It was supposed to represent a changing of the guard. New energy that could calm feuding nations and bring about greater hope of a peaceful planet. Elections held the potential to tear down cruel partisan rhetoric and set an historic tone of compromise, set aside obvious difference and strive towards mutual objectives. From outward appearances it seems we fell very short of the great 2012 potential. To the untrained intuitive eye it seems we are sitting right back where we left off four years ago. Piles of frustrated stalemates and honey-do lists for next time around. Don’t count out the energetic forces of 2012 just yet. The groundwork has been laid this year for new alliances next year. Watch for individuals demonstrating great courage to cross-over their political party allegiance to form lasting by-partisan relationships. These relationships will open discussions for others to follow. My hope is these brave taskmasters will in turn have constituents brave enough to follow their lead and support their endeavors for the higher good of all.

If one wants to see the true accomplishments from 2012 dig below the surface where magic truly lies. The mystical energetic treasures were not gifted to groups but to the individual. It’s no secret that year 2012 will go down in the history as the year we all worried about an apocalyptic fatal threat on December 21. I can’t imagine anything quite like a potential threat of immediate mass destruction of an entire planet to strip people down to the bare essentials of our existence. It shifted the onus back onto each one of us and forced us to live in “real time.” Individuals willing to set their ego aside and ask themselves tough internal questions about their own mortality by proxy. When insignificant things are dropped at the wayside it gives a person time to ponder the bigger picture. What do I believe in and can I support that cause to the bitter end.

2012 has been a year of blatant contrasts back and forth between all sorts of societal factions. As I have been suggesting, the gap is growing larger and more pronounced. In the words of Santa, there will always be some “naughty” and some “nice.” The difference is now Santa's “naughty” are becoming more brazen with both thoughts and actions. The nice are no longer turning a naive eye to their less than loving behavior towards others and getting involved. They are starting to stand up against the bullies of the world and saying no! once and for all. The energy of 2012 has removed the invisible cloak of anonymity and showing their true techno-colored grey aura for the entire world to see. 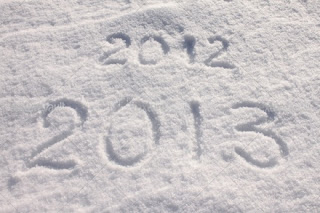 Many of you may have already been experiencing this same phenomenon in your own personal relationships. Those people who have been playing two ends to the middle for their own gain are starting to lose ground quickly. The perceived payoffs living in the middle grey zone is evaporating rapidly. The energy of 2012 is widening the gap two-fold. If you, or someone you know, is playing in this danger zone, watch out. This will be their spiritual death if not careful. The energy in 2013 is about asking yourself the reasons of why you are the way you are. It is about raising the consciousness of this planet upward towards the next plateau of awareness. The core theme for 2013 will center on building true adult soul relationships. Eliminating the need for foolish games or tactics to get what you want from another person. Souls will be communicating first and words will follow. This will be a new way of learning and growing for many who have not been practicing in small spurts this way. Don’t be surprised if it pushes your Trust emotion to the limit. There is something attractive when human beings are challenged to be venerable and trust another person as much as they trust themselves.

The energy of 2013 is all about re-calibration. Setting the re-start button to go bigger than ever before. Unlike this year where change and personal growth was waiving up and down, next year is slow and steady movements. No sudden jerking off course if you lay the foundation down properly. Turn your full attention towards your home life, specifically personal relationships. This is where the energy of 2013 will be felt the most in the coming months ahead. The energy for 2013 will afford each one of us the opportunity to see every relationship before you in a true light, the games people play and the way you interact with it. In this year many will come and go. The ones that survive the cut will afford the opportunity to delve deeper into a spiritual connection than ever before. How much are you willing to trust the new consciousness that is coming to fruition? Or are you going to be one of those people who are stuck in the mud and refuse to budge from your stubborn old matrix or risk for big rewards?

The word "dominance" will rear its ugly head a few more times as well. There are still factions of individuals that will refuse to rise to the level of greater open consciousness. Not ready to admit old school methods of dealing with everyday dealings which are no longer working. This is not time to sit back on our laurels. We need to keep the pressure on our present systems with love and grace. Yes, we are on the verge of breakthroughs. However, the plan is not entirely written on how that will evolve. If we choose to let others take over the transition, you will not gain the conscious vibration rewards.

So many of us have built lives around the goal of survival and the quest for material goods and services, money, job issues. The energetic year of 2013 is our payoff for the work in 2012. Watch for that to continue, but not at the forefront of people's mind. It was rocky for some but the calm is waiting for us in the future coming months. Stability in this area is reaching mass level. Take this reprieve before us and shift attention to other areas of happiness. Clear out your relationship closet and expect remarkable soul conversations to come your way.

For the rest of the 2012-2013 intuitive thoughts at Change Already, Your Future, Your Choice.


In love and grace, Jillian