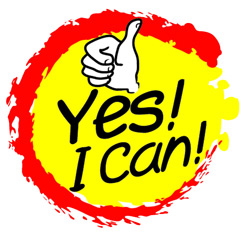 Yes, Ma'am, you punish the innocent and uphold the criminal acts of others. On Nov. 2, 2010 our nation of "we the people" spoke their mind with actions. They stood arm in arm at the polls for true changes in our government. The nation saw a message and smiled. It was a true victory for democracy. It's no longer business as usual.

Because the Justice system has failed women for years, it is my hope through writing, that I expose what Susan Murphy Milano termed as the "legalized murder" of women and children though our laws and our Judges.  You, Ms. Scott, took it upon yourself to deny me a chance for a life with security Which is, I guess,  your final answer. However your decision comes with accountability, especially when you are making life and death decisions for women like me. If I can not help myself, how am I to help others? The whole point has now become to correct the wrongs in the Justice system. Your decision denying me a new social security number based on lack of evidence of domestic violence was wrong. I was a victim.The laws governing your decision must be flawed, or there is truth in the statements of many victims when they've told me,  "Oh, I tried to get a new social security number and they denied me. They never give out new numbers".

I don't want to think about the day when "he" shows up at my doorstep, or in a parking lot, or at a Professional Fishing tournament, but I had better think about it now. Before your denial letter, I use to think I've only got to hang on a little longer. Now, that chapter in my book has been closed by you. As the next chapter opens, it opens with uncertainty in my life. I will hold you accountable for my actions and his actions. If he shows up in my smalltown, USA, it will be for only one reason, to harm me. He has no reason to ever contact me again, ever.

I have a wonderful life planned for me. I just got the most incredible job as an artist/photographer  below the Mason Dixon line. One of the greatest things about the job is my pass key. You can't get into the building I where I work without a pass key. When I walk into the complex, I am safe. I have a small lake villa, in a gated community. The gated community gives me the chance to do the things that most take for granted. I can open my patio door and cast a line in the lake. I can watch the sun set from my dock. There is security 24/7. Let me say, I am not afraid. I made these decisions out of responsibility for my own safety.

When I first heard about the Social Security number change for victims of domestic violence, I did not want to apply. All I wanted was a divorce and to live my life without abuse. I believed if I could move on, so could the abuser. I didn't take off the rose colored glasses until the day I cam home from a bass tournament to learn my pet had been poisoned. Although the glasses came off, I still didn't want anyone to "know" my personal life.

I applied for a new social security number on the day of my divorce, July 17, 2009. That was 15 months ago. It happened to be the day I also discovered that my abusive spouse had blocked me from obtaining my cell phone records. I was in danger. He was looking for any way to keep up with me. Isn't that what violent men do best? You've requested information after information for 15 months as if I am the criminal for wanting a new social security number. I am not the criminal. He is the one with the record of violence. Each request for further information was met.

You are not concerned with the truth. According to your letter, I did not present any further evidence of abuse, therefor my case can no longer be reviewed. I have no rights to appeal.  Are we seeing the same evidence? Are you looking at my case? I sent yet another reqested report dated Sept, 2010. At the time the report was made, the Detective who is familiar with my case said he's never known anyone to get a new Social Security Number under the laws governing Domestic Violence. He tried to warn me.

According to the Department of Justice website fact sheet: SSA Publication No. 05-10093, October 2006 ICN 468615,   To review what I read go to:http://www.ssa.gov/pubs/10093.html#who
Providing the evidence you need:
The best evidence of abuse comes from third parties, such as police or medical personnel, and describes the nature and extent of harassment, abuse or life endangerment. Other evidence may include court restraining orders and letters from shelters, family members, friends, counselors or others who have knowledge of the domestic violence or abuse. We will help you get any additional evidence needed.
I'm starting at the end of the paragraph because I love that last sentence. "You will "help" me get any additional evidence needed". I only wish there were some cute little text short translation: We just don't believe you. WJDBY: Believe this, no woman in her right mind sets out to become the poster child for domestic violence, but that SURE beats having your photo splashed on CCN as another missing wife. The only evidence I didn't supply you with was a letter from a shelter. I've never had to go to a shelter.
I told you very private information about my life. Women who have been on the receiving end of a punch don't want to tell others. I learned to speak my mind because true evil exist in the darkness. Abuse is evil. The Center for Defense and Integrity needs to step into it's name or change their name. I am the voice for the women who can't speak yet. I'm going to show you with words what this country girl can do, "Because, I can". Those three little words are words I tell myself about any challenge in my life...
Your response was vague and nothing more than a form letter. Form letters are the lowest form of lazy communication. But that is just like a government worker. Allow my evidence to lay on your desk for right under thirty days, open a file on your computer labeled denial letter, choose print, use a stamp to sign the letter,  get someone else to mail the form letter, clean your desk until the next thirty days roll around. Your track record is clear.You insult my intelligence, take jabs at my life, and think there are no consequences to your actions. If you can live with your decisions, so can I. For me, I will no longer run from abuse, either by my ex or by our own government.

You have examined  my last four years in print under a microscope. You have my statement in a legal document: The  Evidentuary Will & Affidavit of Abuse dated June 2010.   I have a right to a new SSN under the law.  You are ignoring the law, just hoping I will fade away like every other woman I've spoken with who have been denied a new SSN. I am a human being and you are making life altering decisions on my behalf. I have opened up my thoughts and my life for your examination. Every time you requested something from me, I sent it, because it was that  important to me. I thought for sure, the decision would be just. I was wrong, but that's the thing about domestic violence, it's always wrong. You have appointed yourself judge and jury over me and my life.

What exactly did you base your conclusion on?  Oh, yeah, I remember, "We just didn't believe you". WJDBY.

You are a public servant of our Government. You have held my feet to the fire, crossed your arms and said, "Prove it." I want answers to every sentence that ended in a question mark in the above paragraphs. I am entitled to a real  response. Along with your response to my questions, I want to know the following:

1. How long have you held your position as Director for the Center for Security and Integrity.
2. Have you ever worked in a Domestic Violence Shelter or Non-Profit position that dealt with domestic violence? If so, when and where?
3. Have you ever been abused by someone who said they loved you? If not, how can you know what is evidence and what is not evidence of abuse?
4. Who is your Supervisor?
5. I want statistics on the number of request for a new social security number based on violence. I want the statistic broken down into the number of request denied or approved.
6. I want the bottom line of the number of deaths that occurred as the results of domestic violence while awaiting for a request for a new social security number. In other words, applicant deceased due to domestic violence.

The Social Security Administration did issue  new a social security number to the terrorist who helped to carry out 9/11. Which means you believed his evidence. What does that say about me? What does that say to other women like me?

The court system is broken. The justice system is asleep at the wheel and women die every day because there is truly no protection. Do you know how many women died in Alabama in September of 2010 as the results of domestic violence? Seven. Seven women had their lives stolen by violent men. If you couldn't answer that statistic, Ms. Scott, you have absolutely no business answering for the Justice Department.

I'm just a country girl from Alabama who fishes and speaks her mind in a blog for Time's Up.

Fish Steady my friends and be safe on the lake. Me, I'm gonna sit on the dock and watch the sun set on another beautiful day, Because I can.
at 10:23 AM