"The House on Gilmore Street"

The front lawn of the house was filled with autumn leaves. The windows were covered with handmade decorations the children made of pumpkins, turkeys, indian's and pilgrams. For the two young boys who once lived in the house on Gilmore street, fall was their favorite

time of year. The boys ages 9 and 7 loved to roll around and play in the leaves before it was time to rake them up and fill the trash bags. They also knew the holidays were drawing near. Thanksgiving couldn't come fast enough because they knew Christmas was not far behind and for the boys that meant Santa Claus and lots of presents under the tree.

But things would be very different this year. The house on Gilmore street was not decorated and the autum leaves, undisturbed, except when a wind came to blow and scatter them to a different spot on the lawn. The house even as I drove past was different, dark with one large silver trash can sitting at the base of the driveway instead of the usual three filled to its' brim waiting for its scheduled pick-up on garbage day. There were no decorations on the windows and the only light you could see was at the far end of the house.

This will be the first of many holidays without her two boys, Jack and Duncan for their mother, Amy Lichtenberg. Their lives were taken away abruptly by a mans anger and rage. In the aftermath of a heated and contested divorce, the boys father during a court order visitation would, under protest, from Amy for the boys safety, be under a judge's order to allow unsupervised weekend visits. 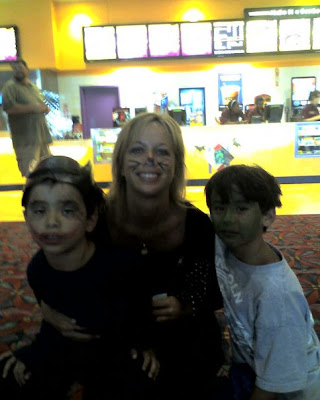 The last time Amy saw her two boys alive, that motherly instinct took over and she knew something was not right. The father of the boys was acting strange when they met at the police station for the exchange of Jack and Duncan. Amy refused to hand over her boys on March 7, 2009, an officer threatened her if she didn't give them to their father, she would be arrested for not complying with a judge's according to her lawyer.

Remarkably, Amy Leichtenberg, under the circumstances is doing fairly well for a mother who just lost her entire world. When she and I talk she says " I will not let that monster who destroyed my life, win. That's what he wanted you know, (she says with great conviction) , he thought without my kids I would wither and die. Well I hope he is rotting in hell someplace for what he did and I am going to make each day on earth count, for my kids. For other parents so they won''t have to endure what I have. I am going to get laws past so that a person who is not mentally stable like their father was, has no access to children. The same way a predator is dealt within the justice system and denyed contact with children."

In an hour long radio interview back in September, Amy provided hope, strength and determination for those facing difficult custody battles with the court system. Frankly, I had a difficult time remaining composed as I asked very personal and painful questions of a mother whom had lost her children just a few short months before the interview.

The house on Gilmore street will never again hear the laughter of children. A mother will never wait in the kitchen as the kids run in after school only to run out again and play before it gets dark. This mother will never prepare another favorite meal of macaroni and cheese let alone a holiday feast. Those days are gone. The lights that once burned brightly from within this house, are now but a memory.

I thought it would be a nice idea if people reading this could take a moment and send an inspiring email or words of comfort to this remarkable mother, who needs for all of us to keep her in our daily prayers. Emails to Amy can be sent to our address here: timesupblog@gmail.com and we will forward them on to her.