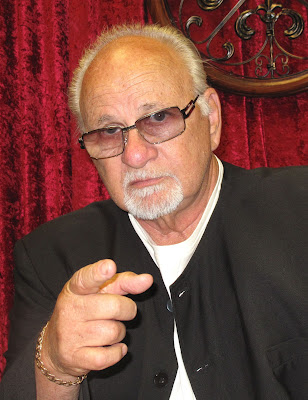 Frank Cullotta was a career criminal. Born in Chicago in 1938, he learned the way of the streets as a teenager. And while shining shoes on Grand Avenue he met another tough kid: Tony Spilotro. The pair soon became friends and criminal accomplices.

Following is Frank's account of a failed attempt to bilk a Florida man out of a large amount of money in early 1979. It was a caper that subsequently led to a murder and helped to bring about the downfall of the Chicago Outfit's control over Las Vegas.


Frank was in the Jubilation lounge one night when he was introduced to Sherwin “Jerry” Lisner, known in the Las Vegas underworld as a scam artist. He disliked Lisner from the start. In his opinion, Lisner was a flamboyant braggart, and a scheming little weasel. To Frank, Lisner wasn’t a real crook, only a wannabe. Personal feelings aside, he kept an open mind regarding possible future business deals.

Lisner contacted Frank later and asked him to come in on a scam he wanted to work on a man in Florida. “This guy’s got a lot of money,” Lisner said. “I’m sure we can take him in a money- laundering deal.”

Frank was curious. “What kind of money are we talking?”

“I think we can get a hundred and seventy-five thousand out of him.”

“Here’s the setup. I’ll tell him I’ve got some money, about four hundred thousand, that I want to wash, because the serial numbers are in sequence. I’ll say I’m willing to swap my cash for a hundred and seventy-five thousand in clean money. Once the guy bites, we’ll pull the scam. I know how to do it, and I’ve got a brother-in-law that’s a cop in Washington, D.C. who’ll work with us.”

Frank digested the information for a few moments. “How do I fit in?”

“You’d help me set it up and then come with me to D. C. to exchange the money. We’ll fix up an attaché case with a row of hundred dollar bills on top of stacks of singles. You give the guy a quick peek in the case and it will look like it holds a lot more money than it does. You’ll swap cases and we’ll leave with the hundred and seventy-five grand. As the other guy is walking away with the case he got from us, my brother-in-law will arrest him. He’ll confiscate the money and then turn him loose. The victim will be thankful he didn’t go to jail. We end up with both cases and the sucker will never even realize what happened. We’ll all be clean.”

Frank liked Lisner’s idea to prepare a case of flash money to deceive the victim. He doubted Lisner had $400,000 to put up for show; he certainly didn’t. And even if he’d had that kind of cash, he wouldn’t have put it at risk. Setting up the dummy case was the only way to go. Frank knew from experience that things didn’t always go as planned. If an honest cop, or a crooked cop not in on the deal, somehow ended up in possession of the bait case, all the money in it would be lost. In a situation like this, if the target insisted on counting the money before switching cases, the best thing would be to simply rob him. But questions remained. “I still don’t see what you need me for. Why not just do it yourself?”

“This guy in Florida is slightly connected and I know you’re with Tony Spilotro. Having you involved will give me some credibility and make it more likely he’ll go for the deal.”

“What makes you think I’m tied in with Tony?”

Frank decided to stall. “Let me think it over and I’ll get back to you.”

Frank went to Tony and told him Lisner’s pitch. “Sounds a little corny, doesn’t it?” Tony said. “On the other hand, some people are so greedy they’d go for a deal like that. But us? As much as I love money, we’re a little sharper than them guys. We wouldn’t go for a deal like that. We’d know right away this guy was trying to fuck us. Here’s what I want you to do. Go back and tell him you thought it over and it sounds like a good idea. Whatever you do, don’t tell him you talked with me about it. Tell him you want seventy-five thousand dollars, because you have to take care of your people. He can have the hundred and take care of his people. If he don’t want to go for that, tell him to go fuck himself.”

Frank got back to Lisner and told him he was in. He then explained the money situation. Lisner put up an argument initially, but backed off. He said the target, also named Jerry, planned to come to town in a couple of days and would be staying at Caesars Palace. “Why don’t we meet in his room and work out the details?” Lisner suggested.

“I’m going to pass on that. You never know when a room might be bugged.”

“Yeah, I hadn’t thought of that. How about the Jubilation?”

“That sounds better. We’ll meet there.”

Florida Jerry was a New York–Florida guy, the kind that talked out of the side of his mouth. He asked Frank where the $400,000 he wanted to exchange came from. “I can’t tell you,” Frank said. “But it hasn’t been reported as missing yet, so I want to move it as soon as I can. If you want to make the deal, fine. If not, we’ll find somebody else.”

“I’ll have to talk this over with my father and get back to you,” Florida Jerry said. “I’ll let Lisner know what we decide.”

“Do what you gotta do. But I want to get this done within a week,” Frank said.

Florida Jerry agreed to the proposal and the next week Lisner and Frank were in D. C. They stayed at a big hotel for almost $300 a night waiting for Florida Jerry to arrive. On the second day there, Lisner called Florida to find out what was going on. Florida Jerry was apparently having second thoughts. He gave Lisner the run-around, wanting to put up less money. Lisner went back and forth with him. Frank finally told Lisner, “Tell him we’ll do it the way he wants. We’re not going to give him any money anyway, so what difference does it make?”

Even after they agreed to his terms, Florida Jerry still wouldn’t go for the deal. Frank got him on the phone and told him to go fuck himself, then he and Lisner flew back to Vegas.

Frank wasn’t happy and Lisner must have sensed it. While they were on the plane Lisner cried on his shoulder. “I’m real sorry about this thing blowing up on us. I thought for sure we had him.”

Frank masked his anger. “Time is money and we blew a lot of both. But shit happens, so forget about it.”

“I’ll tell you what, I’ve got a Quaalude deal in the works. I can cut you in on that and you’ll at least get your money back.”

Lisner persisted, “There are a lot of outs for them and you won’t have to touch them yourself. I’ll get you five thousand Quaaludes for five grand. You’ll be able to sell them for ten, doubling your money.”

That sounded good to Frank, so he said okay. The next day he had the Quaaludes and told Tony about them. “Get rid of them fuckin’ things quick. I don’t want any drugs around,” Tony said.

Frank sold the Quaaludes to a local kid for $10,000, gave Tony half, and kept the other half for himself. Because Frank had no use for Lisner and didn’t consider him to be a business partner, he decided to stiff him. He told Lisner he'd had to dump the drugs because the cops were on him. Lisner probably didn’t believe him, and resented not getting paid. But there wasn’t much he could do about it, at least not then.

Next: The murder of Jerry Lisner. 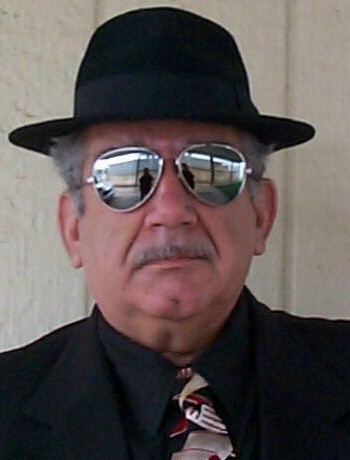 Dennis Griffin is a True Crime Author, Co-Host of Crime Wire and Real Wiseguys on Inside Lenz Network.  He has written several books concentrating on the history of the mob presence in Las Vegas. www.dennisngriffin.com
Related articles