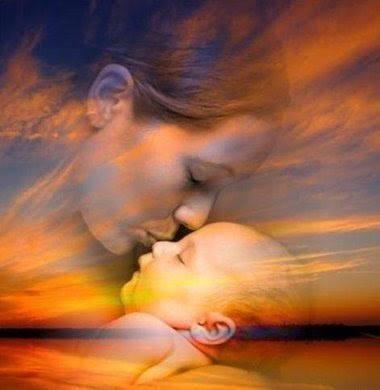 By Barry Goldstein
A few short years ago, the protective mothers' movement consisted only of many protective mothers victimized by a broken custody court system and a few professionals willing to risk their careers or at least their earning capacity to help them. This was the state of our movement when Mo Hannah started the Battered Mothers Custody Conference.

It is easy to feel discouraged when we continue to hear the kinds of tragic miscarriages of justice where children are sent into the custody of dangerous abusers while safe, protective mothers are denied any meaningful relationship with their children based on the outdated and discredited practices routinely used by custody courts and biased professionals who have learned the way to make money is to support approaches that favor the abusers who control the family finances.

Despite the continued widespread failure of the custody courts to respond appropriately or even recognize domestic violence cases, we have made significant progress. Fortunately and unfortunately there are now so many more protective mothers involved in the movement and more helpful professionals. The domestic violence movement is now much more aware and supportive of protective moms. The NCADV created a child custody track at its recent national conference, provided a plenary session devoted to child custody issues and have done everything we have asked. Although not unanimous, this support within the domestic violence movement is reflected in the work of local domestic violence agencies. The plight of protective mothers is also better known to government agencies and academicians. We have far more research that confirms the complaints of protective moms and efforts within government agencies to try to reform the broken system.

Despite continued widespread court mistakes in responding to allegations of domestic violence and child abuse, there would be reason for optimism if those involved in the protective mothers movement could work in unity and avoid the kinds of personal attacks and competition that undermine the important work we are doing.

I am well aware that men in the domestic violence and protective mothers movement need to take direction from the women in the movement and avoid actions that undermine their leadership. Nevertheless, after 27 years of working against domestic violence, I believe I may have a unique experience and perspective that could be helpful in avoiding divisions that can only help abuser groups.

Survivors of domestic violence and unfair attacks by a court system that should be providing protection for her and her children, often must deal with tremendous anger, emotionalism and trust issues. This is a normal response to what survivors have been through. This response and particularly skepticism about who can be trusted can be helpful in detecting infiltration attempts by male supremacist supporters. Unfortunately it can also undermine the cases of protective mothers and interfere with our ability to work together to reform the broken system.

The new Department of Justice Report prepared under the direction of Dr. Daniel Saunders found that evaluators pay far more attention to mothers' anger and perceived lack of cooperation then such considerations deserve based upon the likely effects on the children. Nevertheless we know that as unfair at it is, judges and others pay great attention to these issues. When I was practicing law, I tried to explain to judges and other court professionals that the mother's reaction was a normal response to the abuse she suffered and was not an indication of how she treated her children. Unfortunately the courts are often not open to understanding the mother's reaction in the context of a long history of abuse by the father.

When we change the broken system, it will not be based on one case at a time, but rather changing the atmosphere in which all the cases are considered. This is why our movement is so important and those of us working on behalf of the protective mothers movement must work together.

My friend, Ben Atherton-Zeman speaks about being honored when protective mothers share their stories with him. I love this formulation because so often lawyers, judges, journalists, friends and even advocates dislike hearing these stories because they are too painful, too long and too hard to hear. There are times that those trying to help protective mothers need to limit the time listening to these stories or are unable to provide the assistance that is needed. There is tremendous pressure on everyone involved which is exacerbated by the unspeakable pain that permeates this cursed and broken system. This is a recipe for anger and misunderstanding. Too often the anger becomes misplaced.

We are trying desperately to help protective moms and their children. The resources available are a small fraction of what is needed. In many cases we could do everything possible and still not get through to the oblivious court professionals who have ably learned all the misinformation provided over the last thirty years.

Recently I have noticed ever more frequent anger and personal attacks by those doing good work to help protective moms and against others doing good work to help protective moms. I can understand how this happens, but if we are going to change the system, it has to stop. It may well be that some people can't work with others and there need to be separate organizations, but we must avoid personal attacks and leave open the ability to work together on larger goals.

One of the problems we have is that many lawyers and mental health professionals understand that abusers are the ones who control the family resources so the way to make a lot of money is to maintain a practice based on beliefs and practices that favor abusers. Professionals who regularly work as part of the protective mothers movement understand they are sacrificing income in order to try to help people and society. They often take cases for fees far below what their adversaries receive and constantly receive requests for pro bono work. When I practiced law, I often had protective moms come to me after a previous attorney had undermined their case while draining all the money available. They needed me to overcome the past mistakes on a pro bono or reduced fee basis. Similarly many protective moms who experienced the broken court system in their cases have generously returned to the field to help other protective moms. These are good people who deserve the highest honors and awards. Sometimes they may make mistakes and sometimes their actions may be misunderstood by someone who is hurting deeply.

Again some people may not be able to work with other people. When someone is making sacrifices for the cause, we must make sure they are not unfairly attacked. We get enough of that from the male supremacists and the courts. And so my plea is for everyone in the protective mothers movement to avoid attacks on our allies and help create an atmosphere in which the maximum amount of cooperation is possible.

The best part of this work is getting to know the extraordinary people who are part of our movement. There are so many admirable people who generously give of their time and resources. They often hear the most heartrending stories in order to try to help mothers and their children. These heroes make enormous sacrifices in their efforts to reform a system that routinely hurts children.

As a man living in a sexist society and receiving numerous unearned privileges that most men are oblivious to, I often receive undeserved praise for behavior that ought to be normal. Protective moms who are forced to relive the worst experiences of their lives in order to help other mothers and professionals who give their time, skills and caring for our cause deserve tremendous praise and appreciation. If our movement is to succeed, they cannot be subjected to unfair attacks from those they try to help.

In his chapter for our new book, Lundy Bancroft wrote about the need for activism as a means to reform the broken system. He spoke of the need for local organizations to bring moms together and for these groups in turn to work with other local and national groups. He has sought to put his words into action by helping to organize the Protective Mothers International. It may be that this group is not for everyone, but the stronger this group is, the better for all protective mothers. There are many wonderful organizations created to help protective mothers. They have different approaches, focus and practices, but each contributes to the important work of reforming the broken system. I encourage friends and allies to participate in the groups they feel most comfortable with. Most important, please avoid undermining other individuals and groups because we need all the help and support we can find.

Barry Goldstein is a nationally recognized domestic violence expert, speaker, writer and consultant. He is the co-editor with Mo Therese Hannah of DOMESTIC VIOLENCE, ABUSE and CHILD CUSTODY.
at 12:01 AM