You've Got the Power! 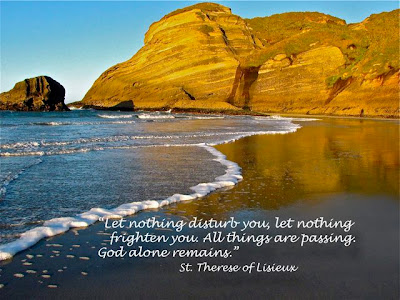 By Charles Moncrief
Yea, though I walk through the valley of the shadow of death, I will fear no evil: for thou art with me.
Psalms 23:4 (KJV)

The entertainment industry, in its many forms, capitalizes on presenting its audience with the appearance of one dangerous situation after another. Whether it’s the aerialist in the circus, the chase scene in cinema, or the fight-to-the-death video games, we know that the images are just that: images. They are presented to us as, if you will, mere shadows of death. The safety net under the trapezes and high wire, the special camera effects in the movies, and the animated bad guys in the video games allow us to suspend our sense of reality long enough to experience a change of pace before returning to reality -- or whatever we call our day-to-day existence.

Life differs when we emerge from the circus tent, the movie theatre, and the video game. We find ourselves confronted with the fact that these shadows are cast by something.

A black woman refuses to sit in the back of a bus, and a pastor supporting her cause receives death threats against him and his family -- along with multiple fire-bombings of his house.

A family finds itself in a nightmare when a SWAT team, assembled by the accusations of a lying ex-spouse, breaks down the door to their home and terrorizes everybody, including the children they forcibly kidnap.

A few days ago I read of Susan Murphy-Milano’s quest to expose the lies of the Oklahoma County Medical Examiner’s office, the dehumanizing attitude that cavalierly labels obvious homicides as suicides to protect special interests. When she goes to Oklahoma, a veiled threat (or perhaps a promise) that she will leave in a body bag deserves a response.

I will give a response.

But first, let me mention a couple of significant facts about Susan. She is more than six feet tall, and when she steps through a door into a group of people, she owns the room. Immediately Susan is a threat to anyone whose power comes only from the projectiles that can be launched from a pistol. Each year she saves more lives than most of us will in a lifetime, because she is dedicated to safety for the abused and vindication for those who were killed in the process of protecting a public image.

So I don’t take my response lightly because I don’t take lightly any threats against Susan’s life. Moreover, I don’t make my response directly out of my own thoughts. Rather, the power base for my response is from three excerpts in the Hebrew and Christian Scriptures. Since I’m pulling verses out of their textual context, the meaning is obviously different from what the original human writer intended.

My first excerpt is from Isaiah 54:17. No weapon that is formed against thee shall prosper.
The protection has carried Susan through dangerous situations in the past is nothing less than divinely ordered, and there is every reason for confidence in that continued protection as she fights the corruption in Oklahoma.

My second excerpt is from Romans 8:31. If God be for us, who can be against us?
This is not to say that nobody is against Susan. Rather, this is to provide reassurance that those who do come against Susan simply don’t amount to much.

In writing this I found myself drawn to a scene from T. S. Eliot’s Murder in the Cathedral, a story in verse recounting the death of Thomas a Becket. When the king’s soldiers were breaking into the church and his priests were urging him to escape the danger, the Archbishop’s reply was “I am not in danger; only near to death.” While this makes good poetry, it is an ideal removed from reality. The hard reality is that someone is in danger who stands against an established system of evil, and Susan is no exception. But it brings me back to the perspective of my opening verse.

For my third excerpt I’ve chosen all six verses of Psalm 23.
The LORD is my shepherd; I shall not want. He maketh me to lie down in green pastures: he leadeth me beside the still waters. He restoreth my soul: he leadeth me in the paths of righteousness for his name's sake. Yea, though I walk through the valley of the shadow of death, I will fear no evil: for thou art with me; thy rod and thy staff they comfort me. Thou preparest a table before me in the presence of mine enemies: thou anointest my head with oil; my cup runneth over. Surely goodness and mercy shall follow me all the days of my life: and I will dwell in the house of the LORD for ever.

Recently someone pointed out the dramatic shift that the psalm takes with verse 4. The first three verses refer to God in third person: “The LORD,” “He maketh, “He leadeth,” “He restoreth.” Then, as soon as the psalmist faces the shadow of death, it’s “Thou art with me.” And God is referred to in second person -- talked to rather than talked about. As powerfully comforting as this psalm is when we think of God accompanying us when we face death (or even its shadow), suddenly the assuring power of the psalm takes a steep upward turn.

My response to the threat against Susan is my response to every one of you. Possibly you are facing real danger from someone who has abused you or a loved one in the past. Wherever your dangerous walk, God is with you. May you take comfort in knowing that the psalmist had some great insight to share with all of us.