Vulnerability In Change: Part I — Just Like Junior High Again 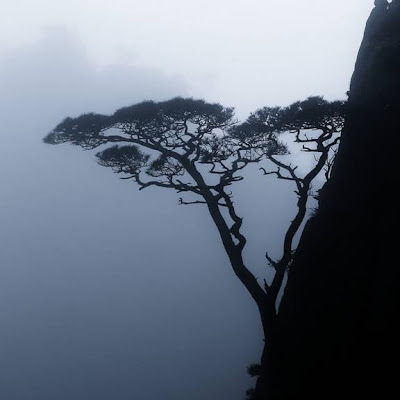 I’ve recently experienced a major life-transition. I never knew the physical change I’ve dreamed about for so long would take me down which almost lead to “.” Now I think it funny. After so many years of doing the work, and after teaching the power of God, Creator and All Energy, I was feeling like a thirteen-year old leaving elementary school headed into junior high school: stupid, afraid, and vulnerable.

That’s right! All the fears, all the vulnerability, all the school-girl craziness flooded back. Humbling, terrifying, mystifying; everything I’d ever feared, wondered, questioned all rolled up and delivered in a neat little package; all within seven weeks. Here I was the transitional-life coach right smack-dab in the middle of the weirdest transition ever.

You see, in October my partner and I moved to the . It was the beginning of our transition into retirement. From the very first time we set eyes on this mystical land, we knew this was the place. No questions asked. For several years we visited, each time staying longer. Now it was time to plunge in for the six-month test making sure the place we had pegged, the beach, was the right place indeed.

We knew before setting out, we’d have to return to the States within a month to handle holiday business. We planned to drive down and then drive back to the In turn, after the holidays, six weeks, we’d make the six-day drive through to the again. After the first trip, we realized not only was it not economical neither was it the sensible thing to do. We couldn’t put our hairy, four-legged family members through that experience again so soon. Nor could we do it to ourselves. So, in our infinite wisdom, we decided my partner would return to the States via Frontier Airlines while I stayed behind.

Where we have chosen to stay in the country of is very safe. We don’t worry about the Cartel or gang and drug violence or anything else for that matter. The is at our feet. Everyday is Sunday. This thing called time takes on a new dimension and meaning here. What could possibly go wrong? My three protectors, my three crazy labs, and I would carry on.

Reflecting back, I don’t know what we were thinking. I would be without a vehicle. The truck we’d driven down would be here, but it is a one-ton, monster truck with six shifts. While I’ve been driving since nineteen, the share size and power of the vehicle intimidates me.

I don’t know why we hadn’t thought about a rental. Oh yes, I do! The insurance required would have cost me just as much as the car rental itself. And, I would need to get to the next town in order to rent the vehicle. My handle on the language was nil at that time. It’s not much better now, but, I now have the confidence to blurt something out even if it’s a far cry from what I’m trying to say. Like, “Can I pickup my laundry on green?” So now, I couldn’t drive and I wouldn’t go anywhere without an escort because I couldn’t communicate with the bus drivers where I needed to go and I couldn’t phone for a cab.

To add to the dilemma, some of our first contacts on the beautiful beach were somewhat bizarre and convoluted. At first, they appeared to be good and straightforward but in reality they were difficult and some were what I would define as downright evil. These folk had the personal agenda of making loads of money quickly and easily off the non-suspecting, naive newcomers. There were many good people, of course; great people in fact. But, for some reason they weren’t our initial contacts.

With my partner headed back for the States, I was the new kid on the block trying to sort out the good guys from the bad—the northern banditos with contracts versus the honest realtors. Who really wanted to befriend me for the sake of being friends? Who was telling the truth? Who could I trust? There were days when it was impossible to tell. Yep, just like seventh grade.

So now I have: no transportation, limited communication, and the need to sort out the genuine from the frauds, fakes and fanatics.

Let me add one more piece to the puzzle. The infrastructure in this part of is not keeping up with the numbers who are migrating. So, the Internet service is one that can be enhanced. We use the Internet for television, phone service and of course email. When the service is down all communication in our house is cut off from the outside world. There were days I would awaken and have no means of connecting with my partner in the States. I could have used the cell phone but that was an extremely expensive way to do so. I did, often times, send text messages to let him know I was okay.

There were days I would sit in my house surrounded by many neighbors; yet, so isolated.  To top it off, the first week my partner was away one of our sweetest, lovable labs let his natural instinct kick in and attacked the neighbor’s family cat. She died within two days of the incident. Would this family still like us? What would be the gossip in the Beach Post? This family had brought their pet down from the States having been in the family for years. My partner and I cried on the phone, together, that evening.

Was God trying to tell me something? Was I trying to tell me something? What the hell was going on? Things became so convoluted there were days I couldn’t tell reality from the Yucatan Twilight Zone. When I did connect with my partner in the States, the conversations should have been sweet and cherished, “Hi honey, so good to hear from you.” However, the conversations were turning sour. “Why didn’t you call! I’m sitting here all alone, don’t you know I need you, you $%&%?” Thoughts lead to feelings, which lead to actions. My actions or reactions lead to a result. What was resulting in my life was distrust, cynicism and paranoia and let’s not forget anxiety and stress.

Yes! Just like junior high. All I needed was an outbreak of acne. But wait! I did have an outbreak of acne. Big welts appeared on my checks and along the insides of my nose. There I was in the local Farmacia, in frustration pointing to the big, unsightly, pus-filled welts trying to ask for acne medicine at fifty-six years young.

I’ve often thought, “To only be a teenager and know what I know today, I’d do some things differently.” I’d been presented with the opportunity. Life in the was unfolding and time would tell if I’d keep those words.

Pamela Chapman is Founder of iAscend Programs, an author and certified life coach who has worked extensively with victim services organizations and advocated for many years.  She now spends her time writing and traveling, living each day as a new adventure!  Her latest blog is You Are Not A Victim