When The Law Fails You 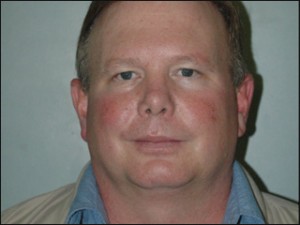 
Let me ask you a rhetorical question....How do you feel about the Casey Anthony verdict? To be honest, I have not met a person yet who isn't outraged by the findings, and the apparent slap on the hand of a mother, human, egg supplier who covered up the murder eh hem...accidental drowning of beautiful Caylee Anthony. Well let me share another story with you that may very well put you over the edge. Please make sure you're sitting down...sigh.

Weldon Marc Gilbert of Washington state is a wealthy commercial pilot acting as his own defense counsel, so he gets to personally review the evidence against him. Not such a big deal, right. But wait, there's more! Gilbert is accused of child rape and molestation and the "evidence" that he is allowed to view is the 100s of pornographic material seized from his home in 2007. Reports indicate that he lured children to his house. Once inside, he would get them drunk, tie them down and beat them, all with the camera rolling, detectives said.

According to ABC News, authorities found a stash of pornographic videotapes and DVDs depicting 250 scenes involving 40 individuals, including one of a boy who was 12 years old. Police also allegedly found a cassette tape on which Gilbert described his spanking fantasies in addition to a variety of sex toys, paddles, blindfolds, spanking devices and two handguns.

Apparently Gilbert will be put in a private room whenever he wants to watch the porn....to research. OUR legal system allows this obscenity! Imagine how the children and their parents must feel knowing that this pedophile gets to relive their rape and abuse as often as he wants. Sickening! The only rule is that he is not able to show the tapes to other inmates, and must have one person supervise him while he researches.

This travesty and the results of the Casey Anthony case are a blatant indication that we have to put pressure on lawmakers in order to protect our children. Because, clearly the laws that are in place are wishy washy, and reward the perpetrators instead of the victims. However, until these laws are changed we can also help our children from falling prey by teaching them critical safety skills.

1. Role play with your kids frequently in which you act out various scenarios where “tricky adults” attempt to lure them away. Have them take turn being both the adult and the child.

2. Come up with a password or phrase. Tell them that if a stranger says "Your mom said that you have to come with me," they should immediately ask "What's the password?" If the person knows it they can go. If they don't....they should NOT GO. Remember, for this to work...the password must be kept secret and shared upon your discretion.

3. In an emergency, a loud yell is one of the best things a child can do. Teach them to yell out "MOM, DAD", "STOP," "HELP", "THIS IS NOT MY DAD." A child calling attention to himself in public is a predator's worst nightmare. 4. Review your home address and phone number with children. All kids should know their parents' cell phone number. If necessary, you can write in on a slip of paper, and tuck it into their pocket.

Gaetane Borders is the President of Peas In Their Pods
at 9:13 AM