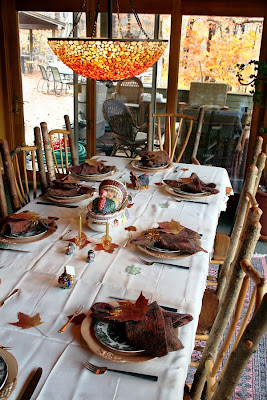 What are you thankful for? Frankly, I’m uncomfortable with the tradition in which everyone around the dinner table says “I’m thankful for _____.” Even though I’ve started the process, it’s not one of the things I face with joyful anticipation. So this is not to get the ball rolling when I give you my partial list.

I’m thankful for the vision of those who set up this site to benefit victims of crime and violence.

I’m thankful for the wonderful articles and essays I’ve read here, with the prospect of greater things ahead as this site continues to get traction in the community.

And I’m thankful to be numbered among the list of contributing writers.

Out of respect for the adversities you may have faced, I’ll tread softly in my invitation to consider the things for which you’re thankful. All the same, I’ll extend the invitation. I’ll also acknowledge that, while we’ve all had to deal with some harsh realities in our lives, we don’t have to be defined by them. I’ve found this in my own experience, and I’ve seen it affirmed in the writings on this site.

It reminds me of the story in Mark 7:32-36. After Jesus healed a man’s hearing and speech impairment, he told everyone not to publish this. The reason may have been in part that the man had been known as “the deaf and dumb guy,” and Jesus didn’t want him to be known as “the former deaf and dumb guy.” He wanted the man to be known by his given name, rather than by his affliction, and he wanted to give him the opportunity to return to his community simply as a man.

How often do we think of ourselves in terms of what we’ve been through, or what we’ve done? One aspect of our Kairos prison ministry is that we teach the inmates that they aren’t defined by their crimes. The “thief” learns that he’s a human being who has committed theft. The “murderer” comes to know himself as a human being who has committed murder. It’s a subtle distinction, and it’s hardly a comfort to his victims, but it helps the person come to terms with who he is and what he’s done. He still faces the consequences of his actions. But for those who aren’t serving life sentences, the recidivism rate for this ministry is under ten per cent.

If this principle is effective for those who committed crimes, maybe it can be applied to crime victims as well. The “abused wife” is the woman who experienced abuse. The “robbery victim” is the human being who was robbed. I know this sounds unrealistic, and it comes off as an attempt to put on rose-colored glasses. But it’s real, and I challenge you to try it.

Getting back to the story in Mark, Jesus spoke one of the few Aramaic words recorded in the Bible. The word is “ephphathah,” translated approximately as “be opened.” I’ll ask you to be open to a new self-image as we go forward through Thanksgiving and the remaining winter holidays. And realistic or not, I’ll be optimistic about the results.