The movie, “Gone Girl” with Ben Affleck came out this week. I recently saw the trailer for this film and I was horrified. It felt like living through the week that my family and I spent searching for my sister all over again. The difference is – this piece of fiction, based on a book of the same name, actually lends credence and credibility to the idea that the missing person is not worth looking for, and that her significant other is just an innocent victim of some spontaneous, ridiculously complicated and complex plot to falsely implicate him.

In reality, it doesn’t really happen that way. To quote a District Attorney, “It’s not the lunatic down the street that’s going to kill you. It’s the person you fall asleep next to every night.” If it walks like a duck, and quacks like a duck, it’s most likely a duck – not some strange, elaborate conspiracy to frame the penguin and call him a duck.

When I was younger if I had seen an article like this, I would have rolled my eyes. I would have said, “Oh please. It’s fictional! Get over it, Lady!” Well, to some degree, I can understand that. I enjoy fantastical, elaborate storytelling more than most. My mind was blown just as much as yours at the end of “The Sixth Sense,” and I still understand that fiction is a great source of entertainment and often thought-provoking discussion. It’s that last point that gives me pause, though.

Now that I’ve lived through having to search for my sister- knowing in my bones what had already transpired, but unable to get rid of that vague sense of hope that she was still alive somewhere – I have become the loudmouth that would have once caused me to scoff.

As human beings, we look to our stories, our fiction, to form our Ethos. When our children are growing up, we read the “The Boy Who Cried Wolf” to emphasize the virtue of honesty, “The Little Engine That Could” to champion perseverance and tenacity, and “Green Eggs and Ham” to encourage them to try new things and be adventurous. We don’t change all that much as adults. We still derive our thought processes and point our ethical compasses towards the lessons that we get from our stories. The Bible, whatever else it is, at its core, is literature; it’s a story, or more precisely a bunch of stories. While we know that Darth Vader didn’t really tromp around force choking people in a galaxy far, far away, we still admire the values of courage, compassion, and fighting against the forces of tyranny and fear that are espoused by those films.

Timing the Release of Gone Girl

“Gone Girl” purports the idea that victims of intimate partner violence are likely inventing some elaborate drama in order to implicate their significant others in a crime that was never committed. This is not just far-fetched and unlikely in reality – it’s dangerous, particularly to release it during Domestic Violence Awareness Month into a culture that is ripe to finally be paying proper attention to the issue of intimate partner violence. It lends credibility to assailants that do not deserve credibility.

This narrative suggests that every murderer who has ever been implicated by his/her intimate partner’s notes or journal entries could be just an innocent victim of an elaborate scheme to discredit and incarcerate him/her. (Notice I give attention to both genders here. Jodi Arias is a perfect example of a female perpetrator who falsely claimed after the murder of her boyfriend, Travis, that she was the victim all along and he was beating her, despite all evidence to the contrary.)

I can see the headlines: “ACCUSED MURDERER ACQUITTED, DEFENSE USES MOVIE PLOT TO SWAY JURY.” Picture a loved one sitting on a witness stand, reading from a victim’s journal that reads “I’m afraid he is going to kill me,” being grilled by a defense attorney. “Are you familiar with the story of ‘Gone Girl’? Are you telling this court that it is impossible that your loved one invented all of this and planted a false journal?” Anyone sitting on the jury who saw the movie or read the book instantly has reasonable doubt, even though the story is a complete fabrication, invented in the mind of an author, brought to life by a filmmaker, and released at the most irresponsible point possible.


I ask that each of us be mindful that when we go to see a film, keep in mind that it is a fictional invention of the author, and not a factual account of events. I further ask that filmmakers and marketers be more sensitive to the timing of the films they release.

Releasing this film during Domestic Violence Awareness Month is nothing short of hurtful and offensive to those of us who have lived through events such as these, without the fantastical twist at the end, just a dead body and a huge hole left in all of our lives. 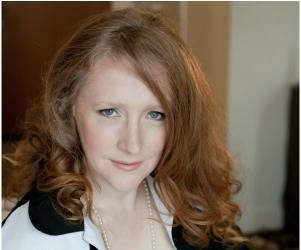 Amy Robinson is a voice actress offering a wide range of inflections and accents, bringing a variety of characters right off the page. Amy’s voice is fun, friendly, and very versatile.

Amy has a stake in Domestic Violence Awareness Month, losing her sister to murder in 2011. She created the blog, Justice for Nique, in memory of her murdered sister as a way of releasing her own emotions and being a resource for others.