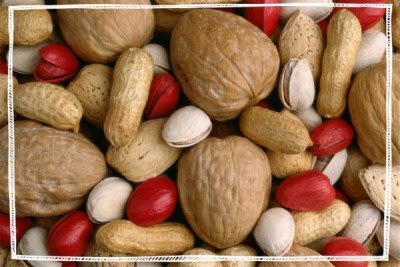 Is he a “yes, dear” type who begrudgingly acts out the never-ending honey-do list? (Honey-do lists disgust me, by the way.)

Is he the guy who continually bottles up his feelings to avoid conflict?

Does he allow himself to be used to be viewed as a “nice” guy, stay quiet instead of voicing his opinion, kowtow to his partner’s unreasonable demands, or feel that he has to yell to get his point across because “she’s not listening?”

A man who regularly engages in these behaviors is not respecting himself or his partner properly. He may be revealing emotional immaturity, trying to mask his fear, or may simply have a hard time communicating his needs. As a woman, I find it very attractive when a man can articulate his likes and dislikes, is able to share his feelings, and stands up for his family and values. To me, that shows character, maturity, and strength.

Levine describes “those things you’re committed to” as what matters more than anything else: “your kids, your work… your purpose, your spiritual practice… your integrity, your morals” and so on. They are BOUNDARIES. Some men won’t touch the Boundaries series of books by Henry Cloud and John Townsend because they appear too “fluffy” (they’re not), but the same principle is at work in Levine’s manly, empowering manual.

When you are involved with a man who doesn’t have boundaries, the net result is that your boundaries will not be respected either. It can destroy your life. This is the type of man who will become very angry and abusive towards you because he blames you for his inability to stand up for himself. He is a coward with a poor sense of self who finds it easier to project his own shortcomings onto his partner than make the effort to find solutions.

Early in the book, Levine nailed this concept. I wanted to jump out of my chair and cheer when I read these words: “N.U.T.s are the boundaries that define you as a man, those things which, if repeatedly compromised, will gradually– but assuredly– turn you into a ****ed-off, resentful man who will like blame others– especially your wife– for your unhappiness.”

Go Wayne! I tire of relationship-themed books that emasculate men with enlightened psychobabble encouraging them to overindulge their inner child or feminine side. Levine, instead, says, “guys, grow up! You need to accept responsibility for your behavior and the quality of your relationships!” In other words, be the man.

While writing this I’ve had an alarming number of real-life examples of couples who could benefit from this book rush into my mind. I can think of relationships where men say they fight all the time, they don’t feel valued, they put up with bad behavior because they’re afraid what she’ll do if they put their foot down. I can also think of examples where men have drawn a line in the sand and how much healthier they (and their current spouses) are for it.

The latter are guys who have N.U.T.s that, as Levine says, “define you as a man in a positive way.” N.U.T.s are very different from conditions, which are “what the resentful, hurt, and angry little boy inside of you will or won’t do from a negative and defensive position, so there!” An example he gives of a N.U.T. is “People will treat each other with respect in our home.” A condition is “As man of the house, I’ll do what I damn well please.”

This book expounds on the topic of Non-negotiable Unalterable Terms by delving into commitments, feelings, sex, romance, arguing, listening, and other valuable subsections. These chapters are peppered with “Warning!” boxes, one of which had me giddy with delight. It begins, “Close all ‘back doors’ to infidelity, old girlfriends, and pornography!” Levine says not to expect your current relationship to flourish until you “install a deadbolt” on the door to shut out these energy-sucking compromises.

This “Warning!” box is an illustration of why I like this book so much. In other posts I’ve talked about how modern technology and a lack of boundaries give time to exes and “friends” that we should be giving to our current partner. Facebook in particular has allowed a grey area in which we can flirt “harmlessly,” creating emotional intimacy with people who shouldn’t have it. The lines of what defines a committed relationship are blurred and our society is increasingly accepting of keeping exes in our lives as “friends.” Levine is right on; if we want our current relationship to work, we have to cut loose from the old stuff.

In the latter parts of his book, the author talks about the importance of building relationships with other men. This can be especially important for guys who didn’t have an active father. Men of all ages can find mentors beneficial and discover great value in the company of men who hold them accountable. Levine has an organization called BetterMen that connects guys with each other. What I’d really recommend, though, is to become involved with a men’s group at a non-legalistic Bible-believing church that respects BOUNDARIES.

This is not a Christian book, so you will find occasional swearing and no scriptural references. If I were debating the book itself from the pulpit, though, there’s not much I’d argue or refute. As I always say, your litmus test is your Bible. If the content deviates from the Good Book, then go with the Good Book. Levine, for example, says that men should establish their own N.U.T.s; obviously I’d advise aligning those with the Father’s values.

Levine’s book is an easy read in an attractive format with an inquisitive squirrel on the cover. When I first read it, I thought, “this could be a bathroom book.” By that, I mean a book that can be read a chapter at a time in those sometimes rare private moments. Even people who don’t like to read might enjoy reading this. Be sensitive to how you might come across when giving this book as a gift. You want to be helpful rather than blurt “you’re a moron and you need to read this!”

For those familiar with John Eldredge’s book Wild at Heart, there are parallels. I don’t agree with everything Eldredge says either, but he inspires men to be more like God and to be unafraid to let their strength show. Again, terms like cowed, beaten down, passive-aggressive, simmering, cowardly, and repressed do not equal sexy. Confidence, commitment, protecting one’s kids from bad influences, refusing to give in to exes who demand spousal privileges, and speaking one’s mind without being a jerk are, in my opinion, very sexy.

The BetterMen website is http://www.bettermen.org/. I subscribe to the BetterMen E-newsletter, which features a brief tip and link to a short video. An example of such a video is “Commitment Before Ego”: http://www.youtube.com/watch?v=0KOY0LuAbCA. It has almost 30,000 hits, and I can see why. This is simple, straightforward, practical advice that appeals to a diverse audience.

As with any book on relationships, you might not agree with every point or paragraph. It’s still worth perusing, though, as both men and women can find items of value in Levine’s thoughts. This book challenged me to make a greater effort to hold onto what I refer to as my non-negotiable criteria, and in the years since, I’ve committed to beefing up my boundaries, communication skills, and honesty too. I should not expect my man to practice commitments that I won’t.

You might find the title of the book offensive, but it’s certainly eye-catching. If more men would wade into the subject matter and define and maintain their commitments, the world would be a lighter, brighter, and less conflict-addled place. Levine’s premises, if nothing else, will make you think about what you really want in a relationship and how you can be more respectful in it.

Amazing dating advice: Be the man you want to be, and you’ll get the woman you’re meant to be with. -Wayne Levine

Email ThisBlogThis!Share to TwitterShare to FacebookShare to Pinterest
Labels: Bible believer, Boundaries: When to Say Yes When to Say No to Take Control of Your Life, Christian literature, Heidi Hiatt, Henry Cloud, John Eldredge, Unalterable Terms