Practices that Tolerate the Sexual Abuse of Children 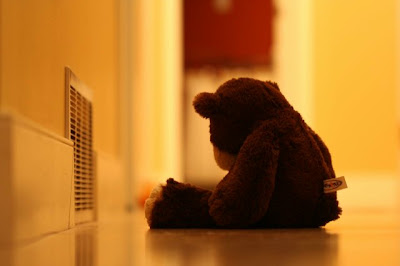 By Barry Goldstein
Imagine if the Loyal Order of Sex Abusers (LOOSA) came together to create a society in which they could prey on children and establish whatever practices would help them the most aside from making the abuse of children legal. What kind of fiendish practices would they want?

Most important would be a myth that women and children frequently lie about sexual abuse so that even if someone made a complaint, it wouldn't be believed. Next they would want society constructed so that victims would be blamed if someone abused them so they would be embarrassed to tell anyone about it. They would want authorities to regularly use unqualified professionals to investigate allegations, who would expect to see physical evidence of abuse. In case all else failed, abusers would need someone to concoct a theory to discount all allegations of sexual abuse without an investigation and then someone to convince those in authority to accept such a lunatic theory.

All these and many more protections for sexual abusers have been developed in this society. LOOSA doesn't really control the country. It is just that somehow those with power have permitted these harmful practices to develop. The abusers could not have been better protected if these flawed practices had been deliberately created by the LOOSAs.

Child sexual abuse is a painful and unpleasant topic that people including professionals have trouble discussing. Many people who demand abstinence education to prevent teens from engaging in consensual sexual activities do nothing to prevent non-consensual sexual assaults.

We need a concerted effort to dispel the myth that women and children frequently make false allegations of abuse and particularly sexual abuse. By the time children reach the age of 18, one-third of the girls and one-sixth of the boys have been sexually abused. Although the stereotypical rapist and abuser is a stranger, 83% of rapes and sexual abuse are committed by someone the victim knows. Someone the children know are committing these acts and if we assume most allegations to be false society makes it easy for offenders to find more child victims. This is exactly what we see happening in the courts. Although deliberate false allegations of sexual abuse occur only one or two percent of the time, a majority are disbelieved or dismissed for lack of sufficient evidence.

Proving sexual abuse is difficult enough even without the help society unwittingly provides for predators. Sexual abusers do not commit their crimes in front of witnesses for obvious reasons. Many acts of molestation do not leave physical evidence, and the common delay until children get the courage to reveal the abuse of a close relative or friend often makes any physical evidence unavailable. At the same time, the widespread expectation of physical evidence undermines the ability to hold abusers accountable for their crimes.

Young victims may not have the language to describe what was done to them and are often denied credibility because of their age. Older victims are often threatened that they or someone they care about will be hurt or killed if they disclose the sexual abuse. Many children continue to love their abuser even after his abuse and are reluctant to get him in trouble. Many unqualified professionals find this loyalty hard to believe and mistakenly treat it as proof the abuse allegations are false. The issue of divided loyalty and fear make it common for children to recant valid allegations which the inadequately trained professionals relied on by the courts handle poorly. The recantations are usually treated as if they were overwhelming proof the allegations were false and the result is usually to severely penalize the mother who sought to protect her child.

There are many good and dedicated mental health professionals who do wonderful work with children to investigate allegations of child sexual abuse. Unfortunately, many of the professionals used by courts, particularly in cases involving custody have little training or understanding of the proper way to investigate possible sex abuse. It is embarrassing for children to discuss these issues as it would be for adults. Accordingly, trained professionals take the time to develop a trusting relationship with the alleged victim before asking questions about painful and difficult topics. Unqualified professionals often ask the questions too quickly and when the child refuses to provide information discredits the complaint, often blaming the mother. 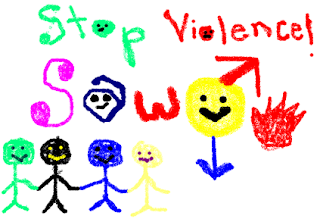 For young children, play therapy is often the best approach. This permits children to reveal information without doing so consciously so it avoids the common false claim that mothers are pressuring the children to make false allegations. It allows children to get out their fears and concerns without pressuring them to discuss topics they are uncomfortable with.

One of the common mistakes untrained professionals make is to observe children interact with the alleged-abuser and if a child shows no fear conclude the abuse allegations must be false. What the children understand is that the abusive father or other abuser will not hurt them in front of witnesses, particularly someone he is trying to impress. In fact the child might be punished for showing fear in public. Similarly, children cope with abuse in a variety of ways. Some cope by repressing the memory or trying to act very good. Professionals who expect abused children to act out often mistake this behavior as if it were proof the abuse allegations were false.

The lunatic theory that is used by abusers and often sex abusers to shift attention away from their abuse is of course Parental Alienation Syndrome (PAS). This was concocted by Richard Gardner, not based upon any research, but rather based solely on his personal experiences and beliefs. Accordingly it would have been particularly important to examine his beliefs before considering using this baseless theory. Among Gardner's writings are the following:

"Pertinent to my theory here is that pedophilia also serves procreative purposes. ...(T)he child who is drawn into sexual encounters at an early age is likely to become sexual active...and more likely therefore, to transmit his (her) genes to his (her) progeny at an early age."

"Pedophilia is a widespread and accepted practice among literally billions of people."

"Sexual activities between adults and children are a universal phenomenon... Such encounters are not (italics in the original) necessarily traumatic. The determinant as to whether the experience will be traumatic is the social attitude toward these encounters."

"Females...who by merely a small extension of permissible attitudes, may become masochistic-thereby gaining sexual pleasure from being beaten, bound, and otherwise made to suffer. It may very well be that for some masochistic women, allowing themselves to be beaten into submission is the price they are willing to pay for gaining the gratification of receiving the sperm."

All of these quotes and others are included in chapter 12 of DOMESTIC VIOLENCE ABUSE and CHILD CUSTODY and fully cited. PAS has been responsible for thousands of bad court decisions sending children to live with abusive fathers and denying them a relationship with safe, protective mothers. Most judges who permitted this unscientific theory were probably unaware of the origins of the theory and many attorneys did not know how to challenge it.

The bad practices, unsupported by up-to-date research, routinely used in our nation's courts work great for sexual abusers, but not for their victims. The result is this society has a low rate of reporting of these crimes and reports usually do not result in a conviction. In the custody court system, although allegations of sexual abuse are rarely deliberately false and mostly accurate, approximately 85% of such reports result in custody to the alleged abuser often with supervised or no visitation to the protective mother. This is why such an intolerable percentage of our children are sexually abused before they reach the age of eighteen.

The government routinely spends large sums of money researching far less important issues. It is long past time to stop tolerating what is intolerable. Society must come together to change the attitudes and beliefs that have permitted sexual abuse to be so widespread. It is not inevitable. The courts must adopt practices based on up-to-date research so that abusers can expect to be caught and punished. Imagine if defense attorneys had to start telling their clients they can't attack the victim because the jury will hold it against the defendant. The next meeting of LOOSAs would be to tell their members they better stop because they will be held accountable.


Barry Goldstein is a nationally recognized domestic violence expert, speaker, writer and consultant. He is the co-editor with Mo Therese Hannah of DOMESTIC VIOLENCE, ABUSE and CHILD CUSTODY.