A False Sense of Safety

By Susan Murphy Milano
There nothing more liberating in violent and controlling relationships for a victim to have a plan in place, and once ready, knowing freedom is just around the corner. With each step taken over a period of months and sometimes years, a victim begins to gain more strength and courage to succeed in leaving.

Often, friends and family are important to the success of a victim leaving the violence. This is where a victim must take extra measures to ensure their safety. Going alone to met any individual who has been controlling and used violence during the relationship in the past can be a death sentence.

As an example, one year ago today, police cadet Kelly Rothwell, 35 had a false sense of security in the belief that her then boyfriend David Perry would allow her to amicably end their 3 year relationship. David Perry, as the majority of dangerous offenders, wasn't going to allow Kelly to leave on her terms, only his. She simply wanted out. After months of stalking, threatening and physical violence by Perry, she'd found the courage to say enough! Training at the academy to become a police officer gave Kelly the confidence to confront David Perry and, if need be, defend herself. Just one month short of graduation, Kelly had secured a new place to live and she had the support from her close knit circle of friends.

During a late lunch at a near-by restaurant with her friend, Donna, she went over her plan one last time. After lunch she hugged her friend and went alone to the condo she shared with David Perry to inform him she was moving out.

As so many women do in cases of intimate partner violence leading to a missing person's or homicide case, Kelly had a false sense of her safety, and David Perry, similar to having the scent of a trained dog, already knew what Kelly was planning. He was ready for her. But she was not prepared for him.

Kelly Rothwell fell into the same trap by her abuser as other missing women and mothers across the country everyday. Jacque Waller went alone to meet her estranged husband to pick up her son on June 1, 2011, she too, thought because it was someone she knew, Clay Waller, she'd be safe. Amanda Jones, ready to give birth any day informed her family she was meeting Bryan Westfall on August 14, 2005 ,in a public parking lot to discuss child support and visitation issues, again, Amanda had a false sense of safety. In each case, the offenders immediately hired attorneys to represent them, and subsequently each family enlisted the services of missing persons agency The CUE Center a national organization searching and recovering loved ones since 1994.
To date, none of these men, Waller, Perry or Westfall have been formally charged with murder, instead they are labeled by law enforcement as prime suspect, person of interest, and other terminology that amounts to nothing other than a weak-kneed label, a C.Y.A. term, instead of saying they each are cold stone targets of the investigation.

A tragic example in getting away with murder is Shon Pernice. A few weeks ago, just six days before Shon Pernice would stand trial for the murder of his still missing wife Renee Pernice who vanished into thin air on January 1, 2009, was offered a plea deal. He too, immediately lawyered up, claiming he had no idea where his wife, who was in the midst of filing for divorce, had gone. Like a bad magic act, Pernice's memory returns and he suddenly says "Renee fell. It was an accident. He disposed of her body in the trash." By pleading voluntary manslaughter Pernice will be sentenced to somewhere between a 5 year minimum to 15 years maximum. So our justice system, the only one we have, rewards a murderer for crime to be released into a community near you, with time off for good behavior sometime in the not too distant future. Now there's a comforting thought!

If your sister, co-worker, friend, daughter or mother is going to end the relationship, they need to document the abuse on an affidavit and video prior to leaving or have the dog of the offender smell the change in the relationship. Once the dog gets a whiff or scent their prey is leaving, you may never seen that person, again.

Go to Document The Abuse site and know what to do to be prepared. A false sense of security is what every victim experiences when they taste freedom. We can't ask Kelly Rothwell, Renee Pernice, Jacque Waller, Amanda Jones or the thousands of others who lost the battle in the war of intimate partner violence and homicide, but, we can stop others from meeting the same fate!

This year’s 8th annual conference, “In Support of the Journey” is slated for March 22-25 in Wilmington, NC and registration is available on the CUE Center website: CLICK HERE for complete details on classes, speakers and registration. 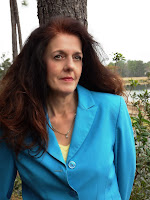 Susan Murphy Milano is a staff member of the Institute for Relational Harm Reduction and Public Pathology Education as a educator and specialist with intimate partner violence prevention strategies directing prevention for high risk situations and cases. Host of The Susan Murphy Milano Show,"Time'sUp!" . She is a regular contributor to the nationally syndicated "The Roth Show" with Dr Laurie Roth and a co-host onCrime Wire. Online contributions: Forbes : Crime, She Writes providing commentary about the hottest topics on crime, justice, and law from a woman’s perspective, as well as Time's Up! a blog which searches for solutions (SOS) for victims of crime.