Landmark Domestic Violence Legislation: Tracey Thurman vs. Torrington, CT Is There a Downside?

Who would have thought that two Connecticut cities would be prominently known by the eyes of the world for horrific crime and subsequent landmark legislation? Virtually everyone has heard of the sleepy affluent town of Cheshire that will forever be known as the former home of Dr. William Petit, Jr. and his now deceased immediate family.

[LJ note: To be totally accurate, the Petit family siblings grew up in a small blue collar town known as Plainville, and is far from affluent as towns go…]

However, the “other city” that put Connecticut on the map as the “Domestic violence capital of Southern New England” is Torrington, CT. Torrington is also a very blue collar town and has its roots in the Algonquin family Indian tribe 10,000 years ago and… became a thriving mill town situated on the Naugatuck River and was an integral part of the Naugatuck Valley Railroad. In the mid 19th century, Torrington was producing a vast array of metal products including needles, brass, ice skates, hardware, bicycles, and tacks.

Hard working stiffs from the mills were the status quo. Today some manufacturing still exists, but the entrepreneurial endeavors are different with several health care entities and a precision golf corporation as major companies. Big deal you say….. Well, maybe.

However, in the early ‘80s this blue collar town still had its share of people who may labor hard by day….but drink hard and beat others by night just as any locality ….


The case Ladyjustice is referring to is the Tracey Thurman case. 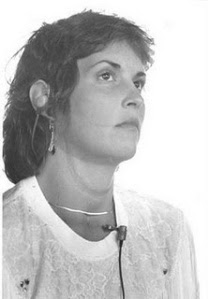 Tracey was an attractive impressionable motel maid who succumbed to the supposed charms of laborer, Charles “Buck” Thurman. This man was the poster boy for everything that is wrong with “the system” particularly as it relates to law enforcement, repeated threats and violent physical abuse.

Tracey tried to file complaints against her husband but city officials ignored her.

Even when her husband was finally arrested after attacking her in full view of a policeman and after a judge issued an order prohibiting him to go to his wife's home, the police continued to ignore Thurman's pleas for help. Her husband violated the order and came to her house and threatened her. When she asked the police to arrest him for violating his probation and threatening her life, they ignored her yet again. She obtained a restraining order against Buck whom he violated, but again the police failed to take any action.

The absolute helplessness and futility felt by Tracey was unconscionable, inconceivable, as she “did everything right” (at the time) and was ignored by those sworn to protect. This monster got away with his brutality time after time after time…

Buck Thurman stabbed Tracey thirteen times in the chest, neck, shoulders, and face, which occurred ten minutes AFTER she called the Torrington Police.

He kicked her in the head with a booted foot, snatched up their two-year-old, told the child, “I’ve killed your rotten mother,” and left her lying in a pool of blood. It took twenty-five minutes for the police to arrive. Amazingly, Tracy did not die, but the damage was extensive and beyond belief, as was her will to survive!

It goes without saying….. Ladyjustice sounds like a broken record, just like her ”teacher” Susan Murphy Milano, had the Evidentiary Abuse Affidavit, means to make a video tape and other safeguards been available and in use….. Tracey might have had a chance at being a healthy woman … and Torrington would not be forever hanging its proverbial head in shame!

What makes this case so atypical is that Tracey had good legal advice and the courage to do something that no one else had ever done….

In 1984, Tracey Thurman sued the City of Torrington, Connecticut, and 24 of its police officers for their failure to arrest her violent and estranged husband, Charles "Buck" Thurman.

In her legal suit, Tracey claimed a violation of her constitutional rights, as set forth in various constitutional amendments, but mainly the Fourteenth. The Fourteenth Amendment states, in part, "nor shall any State deprive any person of life, liberty, or property without due process of law; nor deny to any person within its jurisdiction the equal protection of the laws."

Tracey Thurman alleged that by following a policy of not arresting abusive husbands or boyfriends, Torrington police failed to provide the same protection for abused wives and children as they provided for victims of similar assaults outside a domestic relationship.

*** In a landmark decision the court agreed, ruling that officers could indeed be held accountable for violating the rights of battered women.

The court awarded Tracey Thurman $2.3 million in compensatory damages. Shortly after this court decision, the Connecticut legislature adopted a more comprehensive domestic violence law. In the twelve months after the new law took effect, the number of domestic violence assaults reported increased by 92 percent! (In the first 12 months following the new law, arrests for domestic assaults doubled from 12,400 arrests to 23,830.

As reported in DV –The Laws and the Courts-Landmark Legal Decisions,

[A] police officer may not knowingly refrain from interference in such violence, and may not automatically decline to make an arrest simply because the assailant and his victim are married to each other. Such inaction on the part of the officer is a denial of the equal protection of the laws.

For the federal district court, there could be little question that "such inaction on the part of the officers was a denial of the equal protection of the laws." The police could not claim that they were promoting domestic harmony by refraining from interference in a marital dispute because research had conclusively demonstrated that police inaction supports the continuance of violence. There could be no question, the court concluded, that the city of Torrington, through its police department, had "condoned a pattern or practice of affording inadequate protection or no protection at all, to women who complained of having been abused by their husbands or others with whom they have had close relations." The police had, therefore, failed in their duty to protect Tracey Thurman and deserved to be sued.

This blogger could comment endlessly on the failures of the police, the culture that allowed it to happen, the pieces of paper called “orders of protection “that are not worth the paper upon which they are written, and the needless suffering, trauma and near fatal injuries suffered by Tracey. The fact that the court, in its wisdom under the Fourteenth Amendment opened the door to “a little piece of justice” and lambasted the incompetent, ignorant, and seemingly blind police force is still somehow little consolation for this woman and her family in LJ’s opinion. Money can help, but the scars, lifelong trauma and terror and toll on the human body and soul can never be compensated for!

Update 2011: The Pendulum Has Swung Far and Wide:

One of Ladyjustice’s favorite editorial writers, the Hartford Courant’s Helen Ubanis, recently wrote a piece about this topic. The article dealt specifically with the fact that Connecticut leads the nation in the number of dual arrests as it pertains to domestic violence.

For illustrative purposes, Helen told the story of “Dawn” who was brutalized by her husband last February. She saw her opportunity. As the children were nearby sledding, she was cornered by her car. She had never called the police on him before, but it was now or never. In addition to being badly bruised, she thought he had fractured her kneecap and shoulder as he pushed her to the ground.

Her husband didn’t have a scratch on him. He told police “Dawn was preventing him from leaving.” Dawn was shocked that winter day when the police later arrested them both. Under Connecticut’s mandatory arrest law, if the police find evidence, they must make an arrest.

Connecticut currently has the highest incidence of dual arrests in the country pertaining to the arrest of both the accuser and accused under this law. Data from the year 200 showed that most arrests were for reasons other than assaults. In 2007, 20% of the domestic violence cases revealed dual arrests. In 2009, that figure rose to nearly 50%. Comparatively speaking, the rest of the U.S. arrests both parties in less than 2% of the DV cases.

Before one jumps to conclusions, the data may mislead based upon Connecticut’s “broader definition of domestic partner,” underreporting, and not reporting arrests at all or those states that have “less stringent laws.”

Connecticut’s interim Executive Director of Coalition for Domestic Violence, Karen Jarmoc reported that this matter has been troubling for a long time. In 2011 the legislature created a task force to examine the family violence statute and dual arrests.

Some police chiefs state that clearly, 30 years ago, officers weren’t doing enough, However, some believe they may now be “doing too much.” What is the solution?

Michael Lawlor, former legislator and now Connecticut’s undersecretary of justice policy and planning for the Office for Policy and Management, thinks it’s difficult top write a statute forcing police officers to do exactly what you want them to do “without unintended consequences.” Lawlor goes on to say that pointing the spotlight at a problem begins to change behavior and that perhaps some police agencies “don’t yet appreciate dual arrests.”

And now, back to Dawn’s Case….

Two weeks after she was beaten by her husband, her breach of peace charge was dropped. The experience made a lasting impression on her. Her sentiments are those of thousands of women…. She said, “It’s difficult enough to deal with the physical and emotional effects of having to fight to protect yourself from the person who hurt you. But to also have to fight the system that’s supposed to protect you is too much. It’s why so many women back off.”

The jury is still out regarding what the solution might be specifically concerning the issue of dual arrests. However, Ladyjustice has the perfect solution when speaking of the broader issue at hand. Our own Jane Wayne of Justice – Susan Murphy Milano’s Time’s Up “roadmap” which can be tailor made to fit each individual’s situation. We need you more than ever in Connecticut! Help, please!!!

LadyJustice is unsure of the status of Buck Thurman today…. And that is a very scary thought!

To read about other key domestic violence cases resulting in landmark legislation go to the following link:

To read more of Donna Gore's posts, and learn more about "LadyJustice," refer to her website: www.donnagore.com
at 4:50 AM