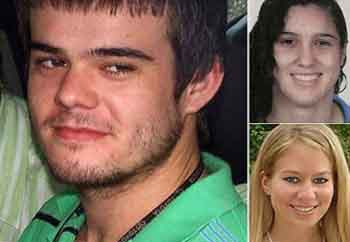 By Sheryl McCollum
I tell my students that crime scenes tell a story. If you take it all in, almost as though you were watching a movie, the facts will appear, the story will be revealed.

The crime scene must be analyzed. Experts must know the who, what, how, and why and of the events of the crime. Once these answers are clear; cases can be linked together. This is where a solid understanding of MO and Signature are vital. For example, is the Natalee Holloway case linked to the Stephanie Flores case?

It’s important to remember, MO’s can change. For example, a car thief breaks out the driver’s side window to enter car, but, later down the road he acquires a slim Jim. His “MO” will change because the method of entering the car has changed. Criminals learn to work better, faster and without detection. Criminals, like any other professional, can develop better skills and techniques for their craft. The way a victim responds can also change the MO of a crime. For example, a rapist that has never harmed a victim in the past suddenly stabs a victim repeatedly. Maybe the victim was the first to resist or maybe the victim said something cruel to the offender. This scene may show rage where other scenes did not. However, it’s the same perpetrator.

The Signature of an offender differs from the MO in one very important way - the Signature is a constant with the offender. Unlike the MO, the Signature never changes. Often the offender goes beyond what is necessary to commit the crime. In a nutshell, the offender has characteristics and unusual behaviors based on what occurred at the scene. For example, excessive force is an aspect of signature. The signature can evolve. For example, an offender can mutilate a victim and down the road cause major post mortem injuries. He is evolving and gaining more confidence.

Stephanie Flores had her neck broken. You certainly do not have to go to that extent to steal money from a victim. What does this fact alone say to you about the killer? Is this a Signature or an MO? Let’s look at more details from both crimes to see if these crimes can be linked:

Do you see a pattern? Is there an MO or Signature in these two crimes? Do you believe law enforcement should be looking into other missing or unsolved murders in other countries?