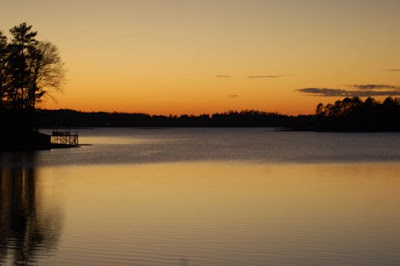 Coop said, "You can tell people how you walk in life, but its the tracks you leave, will show who you really are".

Gary Cooper, Coop, is an Alabama fisherman. His saying touches my heart because it reminds me of the cover-up of domestic violence. What tracks are you leaving? Violence has no place in our homes or in our lives. Let's start out the New Year with some thoughts, messages and quotes to meditate on, maybe adopt in our lives, so that we may leave a footprint of kindness and love over those of pain and evil.
That you are only as free as you imagine yourself to be. There is nothing ''out there'' that's holding you down, - you are limiting yourself only with your own imagination. And your greatest limits are not even the ''cannot'' and the ''should not'', but the places where your imagination hasn't yet gone at all. There has never been a better time for you to open your eyes, let the imagination soar and see what more is possible.  from: God Wants You To Know".

Dare to dream. I start my week with a Social Network application/program called "God Wants You To Know."  I thought "Right On" when I read this message because it came to me as I was writing this blog.. When I sat down to plan my fishing schedule in December. I realized I had put a limit on what was possible. I had not dreamed big enough. I'm going to need a passport for fishing this year.  I never saw that situation on the horizon.  I can say without a doubt that I never imagined fishing a Canadian Tournament. What do I know about Canada or the fish in their rivers? Not much that will help me on foreign soil...I mean water. However, I'm headed to Canada in 2011 and it takes my breath to think about the possibilities. Imagination, keep it reel.
"It's not where you're from; it's where you're going. It's not what you drive; it's what drives you. It's not what's on you; it's what's in you. It's not what you think; it's what you know." This quote came from a Gatorade Commercial. Lets raise a glass and drink to this quote in the New Year.

I was pleased to see something of substance and truth come out of marketing. It speaks strongly to the uplifting return on their investment. It was a touching sentiment.. a chance to drink in a positive message, potential and good intent. It's a given that a fisherman would,  pay attention to Gatorade commercials. Have you ever made the mistake of de-hydration on a boat? I have. It was not pretty, but neither are the bruises of violence. It's just not what I think, it's what I know. I know there is never an excuse for abuse. How about you?
"The power of one man or one woman doing the right thing for the right reason, and at the right time, is the greatest influence in our society."Jack Kemp

The story unfolding in Tucan, Arizona, breaks my heart. It was an unthinkable twisted act of violence, or was it? Homes are riddled with violence very day.  Violence is just that, violence, whether or not you know the perpetrator, it speaks to the level on person will go to control, manipulate, inflict pain and even death to another human being.We may never know the why, but violence is violence and there are no excuses for violence.  Leaving an abusive situation is always the right decision. It's time to be a positive influence and take control away from violence.

The trouble is, if you don't risk anything, you risk more. Erica Jong.
It's easy to shy away from risk. I take a risk every time I compete in a fishing tournament. Fishing is a piece of pie compared to leaving an abusive relationship. Leaving an abusive relationship is a dangerous risk worth taking. To not leave, you risk your life. If you are considering the risk, there are tools out there to help you take a chance on yourself. Time's Up, a book by Susan Murphy- Milano,  is an insightful road map for your trip to freedom from abuse.

“Later that day I got to thinking about relationships. There are those that open you up to something new and exotic, those that are old and familiar, those that bring up lots of questions, those that bring you somewhere unexpected, those that bring you far from where you started, and those that bring you back. But the most exciting, challenging and significant relationship of all is the one you have with yourself. And if you can find someone to love the you you love, well, that's just fabulous.” Carrie from , Sex and the City.
It's not easy to be good to yourself when verbal, physical or sexual assault is in your past. Dolly Parton said, "Discover who you are and do it on purpose".  It's understandable when women are shocked to discover that I fish on purpose. It's just one of those things that makes me happy. Now about relationships with men, I know a lot and I know nothing. I use the website askmen.com. I have learned that most men are not there to punish you for who you are. Chuck Norris describes men as being like steel. When they loose there temper, they lose their worth.  Learn to love the you in you, then you can open yourself up to the possibilities.

"I believe that everything happens for a reason. People change so that you can learn to let go, things go wrong so that you appreciate them when they're right, you believe lies so you eventually learn to trust no one but yourself, and sometimes good things fall apart so better things can fall together." Marilyn Monroe

My wish for you is that you will take these quotes for the good they can add in your life. The quote form Marilyn Monroe turned my head weeks after the last time he had the opportunity to hit me. It served as a link from a bad relationship to one of trusting myself with the hope that better things would fall together.

We'll see things today we shouldn't have to see, but listen up, we'll do it together. We'll be together, and we'll all come back together."  --anonymous fire lieutenant

I grabbed this last quote for the men and women who stand up, shoulder to shoulder with the victims of violence. If you take a stand and leave violence, be proud, you too have played an important  role in saying NO Violence means NO violence, and violence has lost it's grip in my life. If you haven't taken that step, no worries. We will wait on you to say, Time's Up.

See ya on the lake sometime. Fish steady, always. Karen