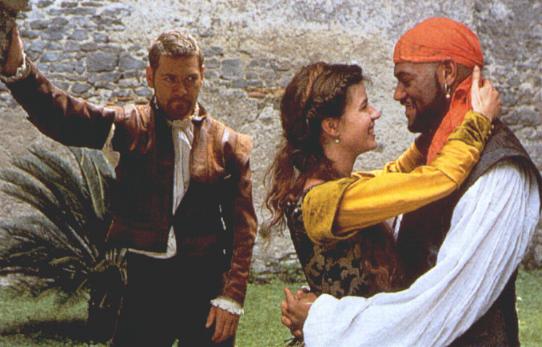 Will you, I pray, demand that demi-devil
Why he hath thus ensnared my soul and body?


-Othello
While reading a legal newsletter I subscribe to this week, I came across an article about Iago, the villain in Shakespeare’s Othello. Dallas lawyer Michael Maslanka asked “What Can Lawyers Learn From ‘Othello’?”
Maslanka makes two fantastic points in this piece about being on guard against manipulation and rationalization. In Othello, Iago manipulates everyone around him to achieve his goals of revenge and self-promotion. He does so as if he’s everyone’s friend and is genuinely concerned about their well-being. He plays all sides against each other.
“One of the ways he’s so successful at controlling others is by leveraging their positive qualities to serve his own ends,” Maslanka says. He also points out Iago’s ability to disguise himself as something he is not: “Always remember, as Iago warns us: ‘When devils will the blackest sins put on, They do suggest at first with heavenly shows, As I do now.’”
When Iago’s mind-bending, seductive influence finally drives Othello to kill his wife, Othello rationalizes the murder as an honor killing. Noting Othello’s attempt to justify this atrocious act, Maslanka reminds his audience that people often believe what they want to believe. For that reason, people’s ability to “impose narratives on events”, he says that attorneys should “be skeptical… rigorously examine their narratives, and probe for the story beneath the story.”
Why didn’t I think of this? Iago is the perfect example of the type of sociopath/narcissist I wrote about in my Hypnotic Milfoil blog entry earlier this week. He has been referred to as the greatest of villains and loathed for his cunning destruction of others’ lives for over 400 years.
When I began to think about just how perfectly Iago represents the self-serving, scurrilous vampires I write about, I was floored. As a longtime believer in the validity of Dr. Robert Hare’s Psychopathy Checklist Revised (PCL-R), I reviewed that list of common characteristics of psychopaths to find that Iago fit the bill:

There were only six characteristics on the list that I did not see in Iago, sexual promiscuity, early behavior problems, lack of realistic long-term goals, many short-term marital relationships, juvenile delinquency, and revocation of conditional release.
Perhaps if we knew Iago’s backstory, or more about his private life, we would see those traits as well. It is interesting to note that Iago and his wife Emilia were not close, and it is Emilia who exposes him for what he is.
Iago also meets many of the Diagnostic Statistical Manual of Mental Disorders (DSM-IV-TR) criteria for narcissism: