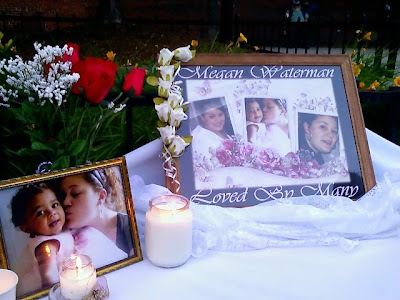 As the President and Founder of the Non-Profit organization that is working with the family of Megan Waterman, I would like to respond to the media comments stated by James Buckmaster, Craigslist’s chief executive when asked about their role in trafficking and prostitution advertisements on their site.

In Mr. Buckmaster's own words he stated "We will continue to work tirelessly, in tandem with law enforcement and key nonprofits, to ensure that any victims receive the assistance they desperately need and deserve, and that those responsible are imprisoned." So I ask, why has Mr. Buckmaster not responded to any of our requests to offer a reward for the safe return of Ms. Waterman? Why are they still enabling ads in their personal sections that are clearly for prostitution?

Craigslist states they are striving to keep a "clean site" and they've been scrutinizing their ads. If that is the case, how did Megan Waterman's escort "services" slip past Mr. Buckmaster's radar? Democratic Rep. Jan Schakowsky stated it well when she said “The sex trade does not just happen in far off countries — it’s a very real domestic problem that has been boosted by Craigslist, which appears to be the go-to marketplace, particularly for the sale of young women and girls,” Schakowsky said.

I would like Mr. Buckmaster to explain to me how a young single mother of 22 years of age, who worked two jobs to raise her toddler daughter, was able to become accessible from the State of Maine to "johns" in the State of NY had it not been for Craigslist? It should be known that Ms. Waterman was “chosen”, by active Craigslist users who are pimps, due to her naïve and vulnerable state. The man who portrayed himself as her “boyfriend”, Akeem Cruz, 20, drove from New York to Maine with the sole purpose to seek young women he could manipulate into the world of prostitution via his portal… Craigslist.

On June 06, 2010 at 1:30 am Megan left the hotel in Hauppauge, NY alone and has met an unknown terrible fate. Whether it be she was abducted and trafficked, or murdered, nobody knows. What we do know is whatever happened to Ms. Waterman was done by those who utilize Craigslist to catch their prey on the personal ad section. We know her family is devastated, grieving and her three year old daughter wants to know where is her mommy? Were not horrid crimes learned from the actions of Phillip Markoff , via Craigslist, in the death of Julissa Brisman, 25, enough?

How can Craigslist completely ignore the fact that the family has asked repeatedly for them to step up and halt all Craigslist personal services and to take responsibility towards their role of enabling such services that caused Megan Waterman to just disappear off the face of the earth by at least offering a reward for her safe return? In their own words they are willing to help those who have become victims due to Craigslist ads. So why have they not stepped up to the plate? According to the AIM Group, they’ve estimated Craigslist’s revenue will grow 22 percent in 2010, up from $100 million in 2009. More than half the company’s revenue comes from recruitment advertising, while 30 percent comes from “adult services” ads — thinly disguised advertising for prostitutes.

If a personal service was legitimate, those who run their services would have websites, advertisements and other means of marketing as any other reputable business. If Ebay can keep those from selling personal services, and maintain themselves as a 2.2 billion dollar company, there is no reason that Craigslist cannot do the same. It’s obvious that the success in the profits of the company, and CEO’s, is coming direct from enabling illegal activities through those personal service ads. It is in our opinion that Craigslist is indeed contributing to “sex for profit” by enabling a venue to exist that contributes and enables illegal prostitution which invariably as statistics show can lead to disease, drugs, abuse, victimization, missing loved ones, death and murder. 43 state prosecutors threatened Craigslist, and 17 State Attorney Generals have signed on to support possible legal action. Is all this worth it? How can Mr. Buckmaster and Mr. Newman sleep at night? 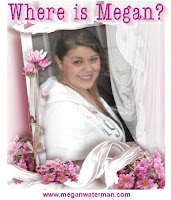 Update: On Friday, September 03, 2010, Craigslist announced it would "shut down" their adult services by instituting a "Censored" banner in place of their "Adult Services" section. Is this a permanent fix to halt these ads? Or is this just a means to pacify 17 Attorney Generals in the US who have collaborated to pursue legal action? Craigslist's Mr. Buckmaster and Mr. Newman have yet to make any statements to clarify what "Censored" really means.