Miracles Worth Waiting For

One of the most difficult things for me to do is to wait.  I don't like it when good things are delayed in my life.  And right now, I'm waiting on what seem to be a lot of important things.  I'm waiting for my house to sell.  I'm waiting for the budget at my church for 2012 to get hammered out.  I'm waiting for circumstances to change in the lives of people that I love dearly.  Sometimes it leaves me feeling like nothing is going to change and that darkness will be victorious.

But what I'm realizing in this season of Advent is that waiting is not without a point.  Something very holy and right and good happens in the waiting times of our lives.  Look at the first Christmas story with me from the Gospel of Luke 2: 1-7~

In those days Caesar Augustus issued a decree that a census should be taken of the entire Roman world. (This was the first census that took place while Quirinius was governor of Syria.) And everyone went to their own town to register. So Joseph also went up from the town of Nazareth in Galilee to Judea, to Bethlehem the town of David, because he belonged to the house and line of David. He went there to register with Mary, who was pledged to be married to him and was expecting a child. While they were there, the time came for the baby to be born, and she gave birth to her firstborn, a son. She wrapped him in cloths and placed him in a manger, because there was no guest room available for them.

What a simple and beautiful story!  I can almost picture the Christmas figurines in the front lawn right now.  Joseph, with a proud fatherly look on his face, and Mary with strength and quiet confidence being the mother of the Savior of the world.  That sounds great, but it didn't happen quite like that.  The circumstances weren't quite like the idyllic winter wonderland we imagine.  And life never really is like that, is it?

What was really happening was far less glamorous.  What was really happening was stressful and frightening and caused Mary and Joseph great deals of insecurity, and fear.  You see, God had been relatively silent for around 400 years (since the writing of the final book of the Old Testament), and now the silence had ended.  And the end of God's silence brought an event that rocked a young couple by the names of Mary & Joseph.  Mary was likely only 12-14 years old, but was pledged to be married to a man named Joseph.  And suddenly, by God's providence, she was pregnant, and had to figure out a way to explain that to a really skeptical community.  But the consequences could have been far greater than shame.  Mary had to face the fact that the elders of her community could very well have her stoned for having sex outside of marriage.  This was more scandalous than an episode of Teen Mom!

And what about Joseph?  In a culture that determined your worth as a man by how many sons you had, this was the ultimate disgrace.  Joseph had to deal with shame and insecurity and the nagging doubts he must have had about Mary's story.  Surely a story this messed up couldn't have been guided by the hand of God?!

Oh, but it was.  And in the waiting, Mary and Joseph struggled and questioned and wondered how and why God would plan something so messy and if he would really come through for them. How could something characterized by disorder and doubt and fear be divinely guided?

When it came time for Mary to give birth to Jesus, they couldn't even catch a break then.  And the Savior of the world was born in a feeding trough for animals.  Could this be more messed up?  Surely there could have been another way?  Maybe you feel like that about your own life today.

In your time of waiting today, please join me in prayer:

God, the story of the birth of your son tells us that your plans are greater than ours and your vision is not limited as ours is.  In this time of waiting, help us to see with your eyes and not just through our own limited lenses.  Help us to trust you deeply as we take in the promise of hope that this season of Advent brings.  Thank you for sending the greatest hope of all in the form of a tiny baby born in a stable.  Help us to believe that if you loved us enough to rescue us from our own selfish lives, that you also love us enough to see us through any difficult circumstances today.  AMEN 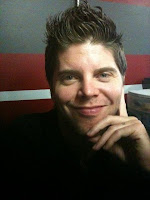 Neil Schori serves as lead pastor of Naperville Christian Church, and is a remarkable advocate for those in abusive relationships.

Email ThisBlogThis!Share to TwitterShare to FacebookShare to Pinterest
Labels: Advent, Bethlehem, Christmas Story, Mary and Joseph, Miracles Worth Waiting For, Neil Schori, Savior of the World