Love Does Not Cause You To Bleed 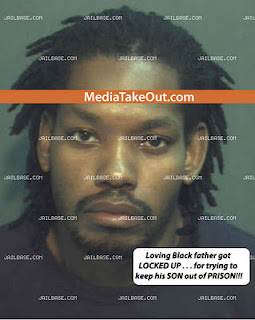 Is it possible that parents no longer know how to discipline their children? Maybe something happened within my lifetime that caused a major disconnect such that I simply cannot relate to anything I see, hear, or read lately.

Here’s the source of my current rant:

A month or so ago, a news report surfaced because there was an online video showing what appeared to be a young father who was so upset by his son’s misbehavior at school that he shaved the boy’s hair and eyebrows, spanked him with a belt, and forced him to do exhausting exercises. He filmed the entire 7 minute and 44 second clip and posted it on social media sites. The sad irony is that this parent did this as a means of showing other parents how to properly discipline their own children. I was disturbed by what I heard. The video is difficult to watch.  However, despite the disturbing contents of the video…I have to say that it’s the nation’s reaction that shocked me most. (I’ll get to that a tad later)

The man in the video is identified as Devery Broox. He is not the boy’s father, but has been described as being his "mentor." Orlando, FL officers arrested him after learning about the video via a tip originally received by the National Center for Missing and Exploited Children. While the 7-year-old boy initially claimed that marks and scars on his legs were caused by a bicycle accident, he later “disclosed that Devery ‘whips’ him ‘all the time.’” The child told the police that “Devery made him tell the story about the bicycle because ‘he don’t wanna’ go to jail.’”

I am sharing the video below for you to view, but I do want to caution you that it is not safe for work or for children. It contains extremely foul language and violence.

Of the two people in the video, who do you think people are defending? The 7-year-old you say? Well, that would make too much sense. In fact, it is Broox who people are passionately defending online and at the water cooler. “A parent can’t beat their kids [expletive] anymore without the government getting involved!” an angry listener said when she called into a radio show. Again I ask, what happened in the world that causes confusion between discipline and abuse. Those arguing in Broox’s defense say that the incarceration rate of Black men is the reason why such “discipline” is important. They go on to say that this will help young black men because it will make them successful and productive citizens. I vehemently disagree!

Violence begets violence…ALWAYS. Fear and intimidation does not set a healthy framework for relationships! A child is supposed to feel safest at home. A child is supposed to feel comforted by a parent’s touch. Appropriate discipline cannot occur when a parent is enraged. Leaving scars on children means that you caused them to bleed! How does that show love? Condoning “Beating a Child’s [expletive]” is wrong….simply put.

So where do you stand on this issue. Did this mentor offer appropriate discipline, and should his self-help parenting video be viewed as good training material for parents? The comments below are just some that were posted in the abuser’s defense. Do you agree with them?

Gaétane F. Borders is President of Peas In Their Pods, an organization that helps to spread awareness about missing children of color.  She has dedicated her life to helping families and children, and is a noted child advocate.  Gaétane often lends her expertise to various media outlets such as CBS, CNN, and FOX.  In addition, she frequently contributes to magazines and newspapers.